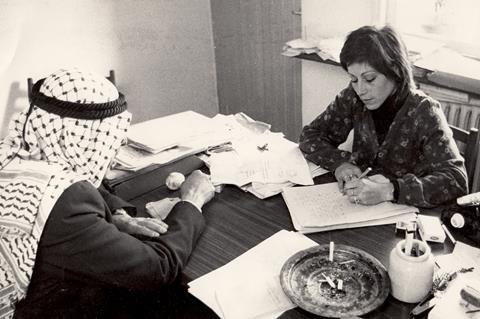 Docaviv is one of the Academy Award-qualifying documentary film festivals, so all winners of the international competition, Israeli competition and short competition are automatically eligible for the Oscar race.

Advocate, which received its world premiere at Sundance, follows the life and work of Israeli human rights lawyer Lea Tsemel, who has devoted her career to defending Palestinians. It scooped the top Howard Gilman Award, worth 70,000 ILS ($19,000).

The jury said of the film: “It is a thought-provoking project that combines an important issue with high quality cinematic skills, particularly an innovative and clever use of animation. Just as importantly, the film profiles an unforgettable, powerful, and inspiring woman of deep conviction in all her complexity.”

In the same category, the special jury award went to Uri Levi’s Once Upon A Boy, about a youngster with cerebral palsy.

In the International competition, Tamara Kotevska and Ljubomir Stefanov’s Honeyland won the best international Film award. Shot over the course of three years, the work follows one of Macedonia’s last nomadic beekeepers. The film previously scooped the grand prize and the special award for cinematography at Sundance.

The jury said it “was moved by the intimate meditation on the fragility of human existence in its profound connection to nature.”

Hassan Fazili’s Midnight Traveler, capturing his flight from his native Afghanistan after the Taliban placed a bounty on his head with his wife and young daughters, received a special mention. The film also premiered at Sundance to good reviews before heading to the Berlinale for its European premiere.

The best short award, worth 40,000 ILS ($11,000), went to Denmark-based Italian director Martina Scarpelli’s Egg. The hand-drawn work revolves around a woman trapped at home with an egg and won a crystal for first film at Annecy, a Golden Dove at Dok Leipzig, and the grand jury award at AFI FEST.

This year’s edition of Docaviv featured a record-breaking line-up of more than 130 Israeli and international documentaries. The festival organisers said attendance reached an all-time high, with many of the screenings having sold out.