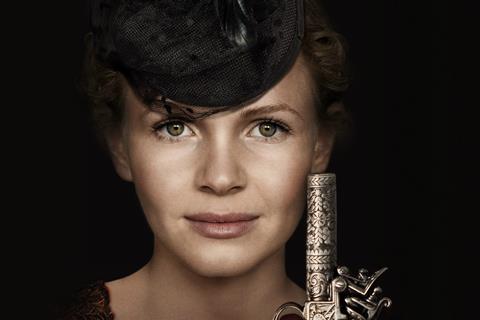 Miss Scarlet And The Duke

The company says it is negotiating deals on the series, set to star Peaky Blinders actress Kate Phillips, in Australia, New Zealand, the UK and the US. Production is planned for next spring.

The news comes a week after A+E Networks International appointed Moreyba Bidessie as director of scripted development and sales. London-based Bidessie, who joins A+E from Sky Vision, is charged with developing a scripted acquisitions strategy for international co-productions.

Miss Scarlet And The Duke, created by Grantchester and Eastenders writer Rachael New and originating from Los Angeles-based Element 8 Entertainment, is about the first female detective in 19th century London. Element 8’s Patty Ishimoto will serve as executive producer along with Todd Berger and Patrick Irwin.

“New’s script drew in Kate Phillips, and we have incredible exec producers signed on – Patty Ishimoto, Todd Berger and Patrick Irwin. This is a thrilling series about which we are very proud, with an incredibly strong female lead, and a captivating storyline.”