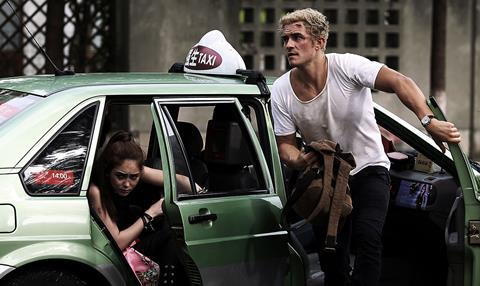 Bloom plays a private security agent who is hired to escort a valuable Chinese antique out of Shanghai but is ambushed before accomplishing the mission, endangering the woman he loves and putting his reputation on the line.

Against the odds, he needs to outsmart the mastermind of the theft and evade the Shanghai police at the same time.

“S.M.A.R.T. Chase will be the most original and innovative roller-coaster of 2017,” commented Maraval. “It will bring the international audience through an unknown traditional and super modern Shanghai at full speed.”

The production is fully financed by Bliss Media, with its CEO Wei Han producing alongside Ben Pugh at London-based management and production company 42.

Bliss Media will oversee the Chinese distribution while CAA packaged and represents the film’s US domestic rights.

IMR International was launched last Cannes by MadRiver Pictures and Insiders, an off-shoot of Paris-based Wild Bunch launched by Maraval in 2015 to focus on US independent pictures in the $15m range.