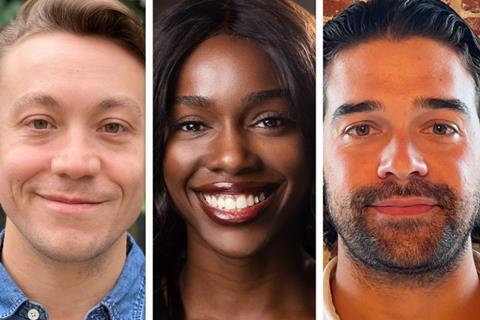 AGC Studios has expanded its production team with the hiring of Lorelle Lynch as creative executive, the company’s head of film Linda McDonough and president of television Lourdes Diaz.

McDonough also announced the promotions of Zach Garrett and Michael Ewing. Formerly AGC’s VP of acquisitions, Garrett rises to VP productions and acquisitions. He is currently on location in the UK on AGC’s Consecration serving as co-executive producer. He was involved in the acquisition of several AGC titles including Voyagers, Breaking News In Yuba County, Locked Down, Neill Blomkamp’s Demonic, and The Present with director Christian Ditter. Prior to AGC Garrett was a coordinator at Broad Green, and before that was a manager at EuropaCorp.

“We are thrilled to have Lorelle’s voice and story acumen compliment the team of enterprising and passionate producers,” said Diaz. McDonough added, “Zach’s encyclopedic knowledge of the acquisitions market and stable of relationships has resulted in substantive project contributions to the slate, so it is a natural transition for him to oversee these projects on set. Michael’s breadth of experience in development positioned him to expand into a full-time executive role and add acquisitions to his docket of responsibilities.”