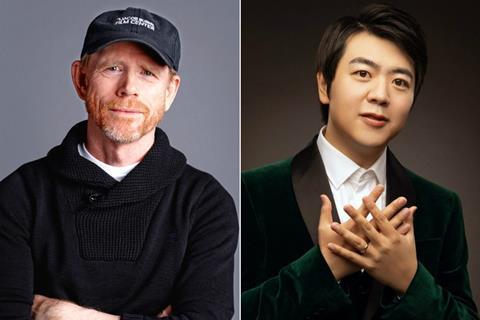 AGC Studios will fully finance and Ron Howard will direct an untitled biopic of the celebrated pianist Lang Lang from Imagine Entertainment.

Michelle Mulroney and Kieran Mulroney wrote the screenplay based on the memoir Journey Of A Thousand Miles by Lang Lang and David Ritz. Lang Lang and Jean-Jacques Cesbron along with Polygram Entertainment’s Michele Anthony and David Blackman will serve as executive producers.

The film will explore Lang Lang’s journey from his childhood in the provincial city of Shenyang in northern China, and the personal sacrifices made by his parents, neither of whom were able to realise their own dreams of musical careers.

The story will follow Lang Lang to the Beijing Central Conservatory of Music, and from there to the United States, where under the tutelage of Gary Graffmam at the Curtis Institute of Music, the youngster emerges as a world-renowned pianist.

The producers plans to film in China and the US and will feature Mandarin and English. Howard intends to make the biopic his next film after he finishes the upcoming Thirteen Lives for MGM. His latest film Hillbilly Elegy at Netflix is being positioned as a contender in the upcoming awards season.

Lang Lang has performed for world leaders including four US presidents, played for audiences at the Vatican and the 2008 Beijing Olympics opening ceremony, and has made multiple appearances at the Grammy Awards with the likes of Metallica, Pharrell Williams and Herbie Hancock.

Classical collaborators include Simon Rattle, Gustavo Dudamel, Daniel Barenboim and Christoph Eschenbach, as well as the Berlin and Vienna Philharmonics.

“Dream big, work hard and always believe in yourself,” said Lang Lang. “This movie, thanks to Ron Howard’s vision, will inspire young people around the world to follow their dreams and never forget they are one in a million.”