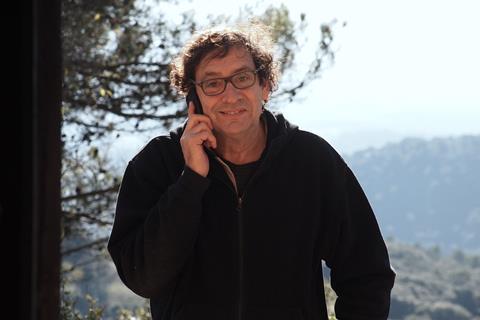 Agustí Villaronga, one of the foremost Spanish auteurs of recent decades whose credits include Black Bread and The Sea, died in Barcelona on Sunday (January 22). He was 69 and had cancer.

From a radical auteur approach demonstrating a keen insight into human pain and cruelty, Villaronga threaded his artistic commitment with a progressive exploration of different genres and broader audiences.

Villaronga’s horror debut Glass Cage screened in Berlin in 1986 and became a provocative hit, blending thorny subjests such as Nazism, torture, homosexuality and paedophilia with a daring visual approach.

After this disturbing first feature Villaronga dabbled in sci-fi with Moon Child, which followed a white orphan with telekinetic powers who may be the prophesied god of an African tribe. Inspired by Aleister Crowley’s 1917 novel of the same name, the film competed in Cannes in 1989. It earned 10 Goya nominations and won three, among them best original screenplay.

Villaronga continued to explore the genre in subsequent work: 99.9 (1997) offered a chilling and violent story with paranormal elements. The cinematographer was Javier Aguirresarobe, who collaborated on films such as Alejandro Amenábar’s The Others and Chris Weitz’ The Twilight Saga: New Moon.

In The Sea (2000), Villaronga turned his focus to the Spanish Civil War, scrutinising the dark, traumatic childhood of two young men and a woman in a sanitarium for tuberculosis patients in the 1940s. It won the Manfred Salzgeber Award at the Berlinale and is considered to be the first entry in Villaronga’s “unplanned” trilogy about the Spanish Civil War, a thinly-covered period in contemporary Spanish cinema. The other two entries are Black Bread (2010) and Uncertain Glory (2017).

Black Bread was selected as Spain’s Oscar submission in 2011 and earned nine Goyas.

Villaronga’s latest feature, The Belly Of The Sea won three main awards at Málaga festival in 2021. It was inspired by ‘Ocean Sea’, a 1993 novel by Italian author Alessandro Baricco.

Last year Villaronga shot Loli Tormenta, temporarily suspending chemotherapy treatment to work on the film. It will be his first comedy and follows a woman diagnosed with Alzheimer’s disease who must care for her grandsons after their mother’s death. Film Factory represents international sales.

A key name in Spanish cinema over the past four decades, Villaronga was one of the most respected cineastes and a beloved member of the Spanish and Catalan cinema communities.