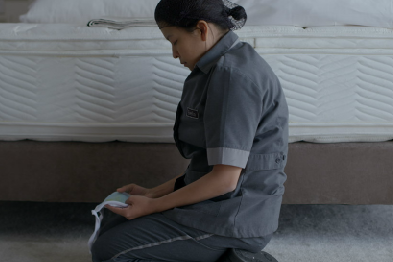 The Chambermaid stars Gabriela Cartol as a young maid working at a luxury hotel in Mexico City where the opulence is in stark contrast to her own existence.