Noel Clarke has written the screenplay and produces with Jason Maza for their banner Unstoppable. 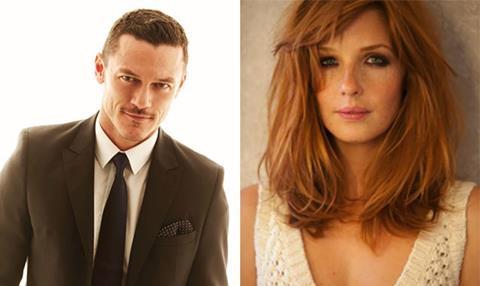 London-based Altitude Film Sales has taken worldwide rights on 10x10, which is set to star Luke Evans (The Girl On The Train) and Kelly Reilly (True Detective).

A cat and mouse thriller set in America, the story follows a seemingly ordinary man who under the surface hides a dangerous obsession for a woman. When he kidnaps her, he imprisons her in a soundproof cell measuring only 10 feet by 10 feet, where he intends to extract a dark secret from her past.

Film-maker Noel Clark (Brotherhood) has written the screenplay and will produce with Jason Maza for their banner Unstoppable Entertainment. Further producers are Maggie Monteith and Gina Powell, who both worked on Brotherhood.

Suzi Ewing will direct, marking her debut feature. She has previously directed music promos for artists including Badly Drawn Boy, and her short films include Going Postal and Fumes.

Mike Runagall, managing director of Altitude Film Entertainment, said: “We’re thrilled to be partnering with Noel, Jason, Maggie and Suzi on this smart and gripping thriller that constantly surprises and will keep audiences on the edge of their seats.”

Jason Maza added: “We are delighted to be working with the Altitude Film Sales team in bringing this movie to the international market. We’ve assembled an exciting array of talent in front and behind the camera and cannot wait to begin shooting.”