Altitude takes Ari Folman's 'Where Is Anne Frank?' and 'Maria By Callas' for UK (exclusive) 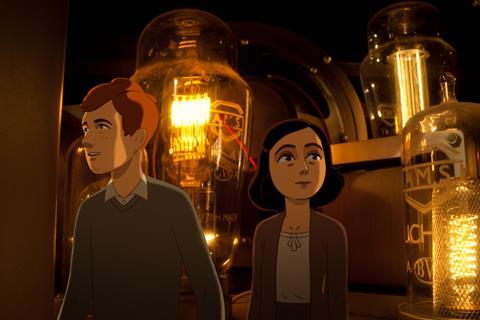 ‘Where Is Anne Frank’

Altitude Film Distribution has bolstered its UK release slate with two acquisitions at the EFM.

The company has picked up UK rights to Waltz With Bashir director Ari Folman’s upcoming animation Where Is Anne Frank?

Wild Bunch handles sales on the project, which is in pre-production and is inspired by Anne Frank’s diaries. The story focuses on Frank’s imaginary friend Kitty, who in the film comes to life in the family’s Amsterdam home.

Altitude has also picked up UK rights to Tom Volf’s feature documentary Maria By Callas: In Her Own Words in a deal with sales agent mk2 films.

The doc tells the life story of the titular Greek-American soprano, 40 years after her death, using TV interviews, photographs and letters. Producers are Volf with Emma Lepers of Petit Dragon, Gaël Leiblang and Emmanuel Chain of Elephant Doc, and Thierrey Bizot.

Hamish Moseley, Altitude’s head of distribution, said: “We are incredibly excited to be releasing Where is Anne Frank? and Maria Callas: In Her Own Words in the UK, two films about iconic women whose lives have international resonance and are as relevant as ever today.”