Amazon "looking for movies that might expand to a larger audience", says Jennifer Salke 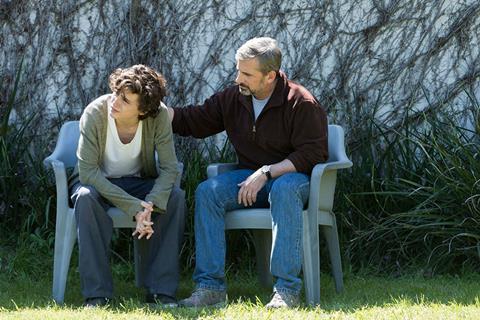 Salke spoke to Screen ahead of a Prime Video launch event in London (Oct 2), and said that while the film division was “in a transitional moment” and she was “in the process of evaluating our strategy”, Amazon wasn’t planning to abandon the independent/prestige features that have been the division’s mainstay under Ropell and Hope.

“We are not going to walk away from that strategy,” she said.

But the internal promotion of Rapaport does add a significant new pillar to Amazon’s approach, one focused on more mainstream, commercial and higher-budgeted productions.

“We’ll be looking for movies that might expand to a larger audience. It’s about a widening of the aperture, rather than a pivot,” said Salke.

She also told Screen she was considering adding direct-to-platform original film productions into the mix, which would signal a shift away from the guaranteed theatrical release strategy the company has pursued to date.

Theatrical releases would remain part of the overall strategy with direct-to-service productions another new element.

Recent Amazon productions include Venice premiere Suspiria, Beautiful Boy and Life Itself. The company is self-distributing all three titles in the US, although the latter’s opening weekend (Sept 21-23) was considered a disappointment for the company.

With film set to remain a core part of the Amazon strategy, Salke is understood to be speaking to studios, producers and filmmakers about a variety of different partnerships, including distribution. The plan remains to replace Ropell at the top of the film division, a role Salke hopes to fill by the end of the year.

“We have over 100 million Prime subscribers, and we know that our customers are looking for movies,” she said. “Part of the [future] strategy is how are we branding those things in a way that drives people to a certain type of thing. Is it date night, or is it a scary movie? The whole company is kind of growing together to deliver that in a way that you will actually be able to target audiences that love that stuff.”

The complete interview with Jennifer Salke and director of Prime Originals Europe Georgia Brown will be published tomorrow on Screen Daily (Oct 2), and in the October 2018 issue of Screen International.