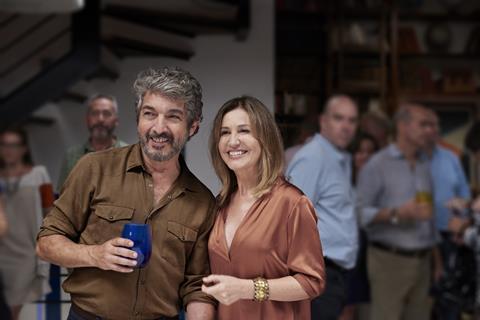 The US premiere of Argentinian rom-com An Unexpected Love starring Ricardo Darín and the world premiere of Days Of Light bookend the 2019 AFI Latin American Film Festival, set to run in Silver Spring, Maryland, from Sept. 12-Oct. 2.

Some 53 films from 23 countries will screen at the 30th anniversary event during National Hispanic Heritage Month. Organisers said nearly 40% of the selections hail from female directors.

An Unexpected Love, directed by Patagonik’s Juan Vera marks Darín’s first outing as producer and he stars in the rom-com alongside Mercedes Morán.

Chilean filmmaker Patricio Guzmán’s The Cordillera Of Dreams, which Icarus Films just acquired for North America, takes its place in a documentary section that includes Sundance NEXT Audience Award winner The Infiltrators from Cristina Ibarra and Alex Rivera, and Cachada: The Opportunity from Marlén Viñaya.