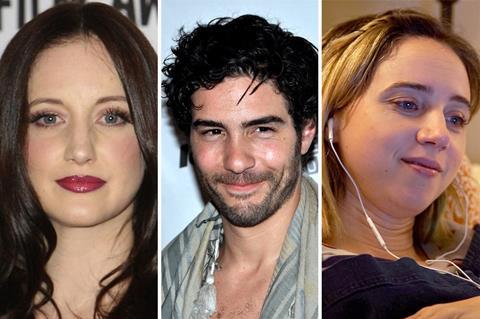 Lone Scherfig’s forthcoming Secrets From The Russian Tea Room has cast up ahead of shooting this spring.

Bafta-nominated Andrea Riseborough (The Death Of Stalin), Cesar winner Tahar Rahim (A Prophet) and The Big Sick star Zoe Kazan will play a group of people going through the worst crises of their lives: an ER nurse who runs an eclectic therapy group (Riseborough); an ex-con turned manager of the titular Tea Room (Rahim); and a mother looking to avoid her abusive cop husband (Kazan).

The film will shoot at the iconic Russian Tea Room in Manhattan, New York.

HanWay Films has acquired worldwide sales rights and will be touting the project at this week’s European Film Market (EFM) in Berlin. The company has previously handled sales on four Lone Scherfig titles, including period drama Their Finest starring Gemma Arterton, Bill Nighy and Sam Claflin.

Scherfig has also written the screenplay. The project was developed by Creative Alliance. Producers are Malene Blenkov for Creative Alliance and Canada’s Strada Films, in co-production with France’s D’Artagnan, Germany’s Nadcon and Sweden’s Unlimited Stories.

Malene Blenkov said: “It’s a huge privilege to produce this self-penned, genuine Lone Scherfig film. The subject matter is potent and very relevant about the world we live in today, while at the same time sprinkled with Scherfig’s signature generosity, wit and optimism.”

HanWay Films MD Gabrielle Stewart added: “It is wonderful for HanWay to be announcing its fourth collaboration with Lone Scherfig. In an industry struggling to support female directors, she has consistently made bold films where you always feel her great love for her characters and their all too human struggles, together with her sense of humour and hope. This is a passion project for Lone and it contains all of her heart.”