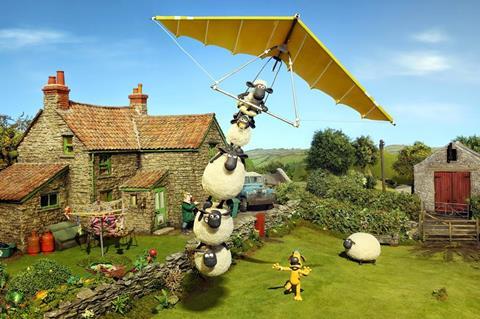 After nearly a decade as a voluntary group, Animation UK has announced it will become a membership organisation in partnership with the UK Screen Association, the trade body for visual FX houses, post-production facilities and film studios.

The organisations will join under one umbrella organisation to be called the UK Screen Alliance.

The announcement came at the Manimation 2016 conference in Manchester.

By joining into one larger association, the two lobbying organisations will facilitate further interaction between the government and parts of the screen industries and the alliance will develop joint working groups between the facilities and animations sectors to advance key policies.

Neil Hatton, current chief executive of the UK Screen Association, will become CEO of the overall UK Screen Alliance and will continue to lead the existing facilities remit.

Chair and founder of Animation UK, Oli Hyatt MBE, will continue to be involved as the group transitions into the new body. Kate O’Connor will serve as executive chair of the Animation UK council and provide wider support for animation policy with Helen Brunsdon serving as director for Animation UK.

Hyatt said: “I could not be more proud of what Animation UK has achieved to date, and the work and effort our industry has put in get us to this point. This is a new beginning for the organisation, and partnering with Neil Hatton’s team at UK Screen is absolutely the most effective way to drive our industry forwards.”

“We are incredibly excited to be joining forces with Animation UK. Oli and I have often found ourselves attending the same meetings, dealing with the same people in government departments and sharing very similar viewpoints on the issues that really matter to the sectors we represent. It makes an enormous amount of sense for us to pool our efforts and resources so that together we can provide more advocacy and benefit for our respective members. This really does feel like the whole will be greater than the sum of the parts,” said Hatton.

Since Animation UK’s founding, the children’s animation industry has doubled in size in large part to the Animation Tax Credit, which the group aided in bringing to force in early 2013.

The UK animation industry has become a world leader in the genre, with hits such as Paddington, Shaun The Sheep Movie and Peppa Pig. The industry is now worth an estimated £1.5 billion a year to the UK economy, including £250 million of inward investment each year.