Anthony Hopkins, Olivia Colman to star in 'The Father' for Embankment, Trademark 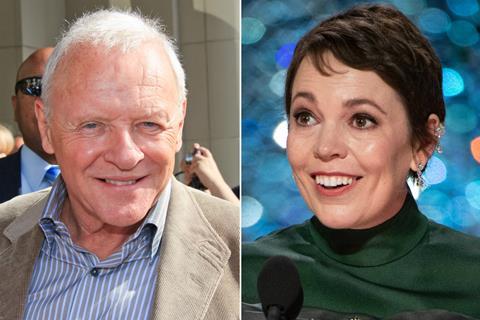 Anthony Hopkins and Olivia Colman will lead the cast of Florian Zeller’s film adaptation of his stage play The Father.

Hopkins stars in the eponymous role; a man who, as he ages, refuses all assistance from his daughter (Olivia Colman). Following his daughter’s decision to move to Paris with her partner, the man tries to make sense of his changing circumstances, doubting his loved ones and even his own mind.

Zeller will direct from a screenplay he co-wrote with Oscar winner Christopher Hampton (Atonement). The play debuted in 2012 and went on to win both Tony and Olivier awards.

The film is a co-production between Trademark Films, FCommeFilm, Ciné-@ and Les Films du Cru. Financing has been arranged by Viewfinder and Embankment and is provided by Elarof Fund and Film4.

Embankment’s recent projects include The Wife. Upcoming are Military Wives and Summerland.