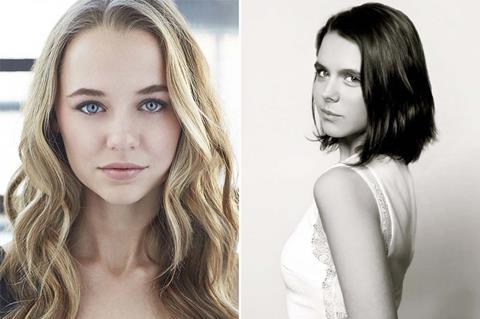 Shoot is underway in Canada on post-apocalyptic thriller Riot Girls.

Set in an alternate 1995, after a mysterious disease has wiped out all of the adults, two gangs are pitted against each other in a brutal war for territory, resources and survival.

Directed by Jovanka Vuckovic (XX) and written by Katherine Collins (Netflix’s Lost In Space), the film will star Madison Iseman (Jumanji: Welcome To The Jungle) and Paloma Kwiatkowski (Richard Says Goodbye) in the lead roles.

Vuckovic, one of the directors of the first ever all-female horror anthology XX, which premiered at Sundance 2017, commented:

“Riot Girls is not the kind of film women usually get to make, with characters that women don’t usually get to play, so I was naturally attracted to it. It’s also reminiscent of my favourite high concept cult films, and being an outsider myself, I can’t help but love a good misfit’s journey. I couldn’t be more thrilled to be at the helm of this genre-bending, punk rock, post-apocalypse film.”

The film is set four years after a mysterious illness has killed all adults. The town of Potter’s Bluff has been divided into two rival factions, the ‘East side’, made up of scrappy scavengers living amongst the ruins, and the ‘West side’ which hoards its wealth in the former high school and is ruled by Jeremy, a brutal dictator.

When Jack, an eastsider, is forced to kill two westsiders while on a scavenging mission, he is captured and taken back to the West side where he awaits public execution. Jack’s sister, Nat, and her best friend, Scratch, must cross into dangerous territory if they have any hope of saving him. Their treacherous journey reveals not only the power of their love, but the depths of their courage.