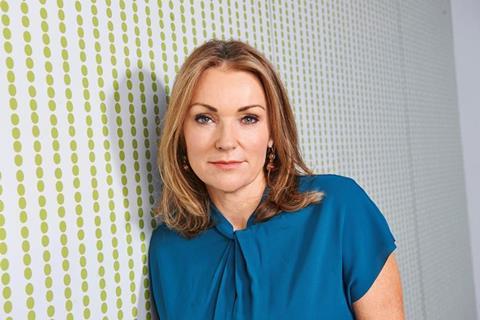 Jay Hunt will kickstart Apple’s original content push in the UK and Europe after being named its first creative director, Europe, for its worldwide video division (reports Broadcast).

The former Channel 4 chief creative officer will take up the London-based role in January and will work alongside Morgan Wandell, who was recently named the tech giant’s head of international creative development.

Hunt will have the authority to greenlight scripted and non-scripted programmes, and her appointment signals Apple’s intent to become a major player in content produced outside of the US.

Initially she is likely to be working independently, but there is thought to be scope for her to build a small UK-based programming team over time.

Apple has been aggressively building up its video team over the last few months. It recruited Sony Pictures Television duo Jamie Erlicht and Zack Van Amburg to lead this expansion in June, and brought in former WGN America and Fox exec Matt Cherniss to lead development.

Hunt is expected to be handed a sizeable budget as the scale of Apple’s video ambition is quickly becoming clear.

After starting quietly with Dragons Den-style tech format Planet of the Apps and a Carpool Karaoke spin-off series, it recently struck a deal to reboot Steven Spielberg’s anthology series Amazing Stories as a 10-part drama with a $50m (£38m) budget. American Gods and Hannibal exec producer Bryan Fuller is attached as showrunner.

The flagship show will be funded from a widely reported $1bn (£750m) annual content budget for video.

Van Amburg and Erlicht, who are Apple’s chief content officers and heads of worldwide video, got to know Hunt while working at Sony.

C4 bought finished shows such as Jeff Garlin sitcom The Goldbergs and sci-fi period drama Outlander from the studio and the relationship developed further when Hunt commissioned the Sony studio to make the high-profile Philip K Dick series, Electric Dreams.

Since leaving C4 there has been speculation Hunt would take a role with one of the global digital players, though she was always likely to remain in the UK for family reasons.

It is believed she was courted by Netflix’s Ted Sarandos and Cindy Holland and had conversations with US studios about working for them from the UK, but was attracted by the chance to get in on the ground floor of Apple’s plans to enter the content market.