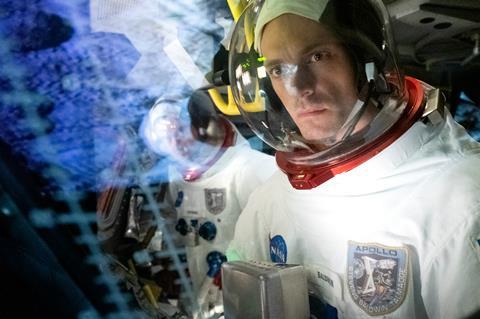 Firing a shot across the bows of its streaming wars competitors, Apple has announced that its Apple TV+ streaming service will be available from November 1 for a monthly subscription in the US of $4.99.

The price undercuts the $6.99 basic monthly subscription that Disney will charge for its Disney+ service, launching on November 12, and is expected to be well below the monthly charge for WarnerMedia’s HBO Max. That service is set to launch early next year, with reports suggesting a price of $15-$18 a month.

At a launch event on Tuesday (10) at Apple headquarters in Cupertino, California, CEO Tim Cook said the first original shows from Apple TV+ will be available on November 1 in more than 100 countries worldwide, with more originals set to follow. The US price of $4.99 will cover a family subscription for the service, which is also expected to include content from other sources.

Cook also revealed that consumers buying any iPhone, iPad, Apple TV, iPod touch or Mac will get one year of Apple TV+ for free.

Cook presented the first full trailer for original Apple TV+ sci-fi series See, with Jason Momoa, and said the trailers for original series The Morning Show, Dickinson and For All Mankind (pictured) have been viewed more than 100m times since their recent launch.

The event was also used to announce a September 19 launch date, in 150 countries, for the tech giant’s subscription games service Apple Arcade, which will also offer a family subscription for $4.99.

In a statement, Apple’s head of worldwide video Zack Van Amburg said: “With Apple TV+, we are presenting all-original stories from the best, brightest and most creative minds, and we know viewers will find their new favourite show or movie on our service. Each Apple TV+ original offers its own unique story, fresh perspective and powerful message — all meant to entertain, connect and inspire cultural conversations.”

Jamie Erlicht, also head of worldwide video, added: “Apple TV+ is an unprecedented global video service with an all-original slate. We look forward to giving audiences everywhere the opportunity to enjoy these compelling stories within a rich, personalised experience on all the screens they love.”