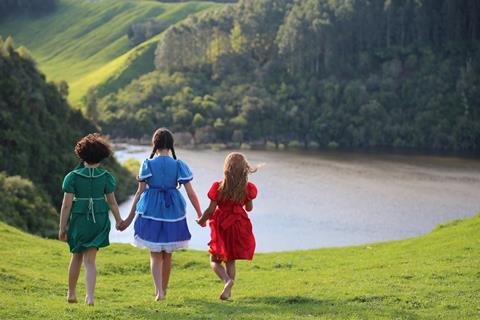 Cousins will launch in select cinemas in the US including Angelika Film Center in New York, and two Consolidated Theatres sites in Hawaii on July 2 ahead of a Netflix debut on July 22.

The story centres on three Maori cousins who shared a magical time as children and whose lives diverge over the course of several decades after one of them is taken from her family and raised in an orphanage.

Cousins debuted at number one in New Zealand via Venedetta Films earlier this year and joined a select band of local releases to gross more than NZD $1m (USD $700,000). It received its festival premiere in March at the Māoriland Film Festival in New Zealand, where it won the 2021 People’s Choice for Best Feature Drama.

Gordon Bobb of Del, Shaw, Moonves, Tanaka, Finkelstein, and Lezcano negotiated on behalf of Array with the co-directors on behalf of Miss Conception Films and Whenua Films.