The producers are launching a kickstarter campaign to unlock further funding for Ray & Liz. 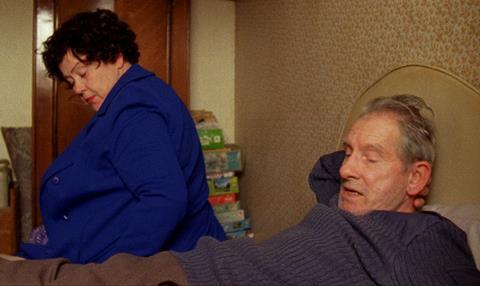 Turner prize-nominated photographer and artist Richard Billingham is moving into feature films with Ray & Liz, a drama recounting his childhood in a Birmingham council flat.

Billingham has been developing the project with producer Jacqui Davies (The Sky Trembles And The Earth Is Afraid And The Two Eyes Are Not Brothers) for four years, with the support of the BFI and fashion designer agnes b.

The film has its genesis in Ray, a single-screen video artwork that Billingham premiered at the Gylnn Vivian Art Gallery in Wales in June 2015.

Some of the material shot for that project will be used in the first part of Ray & Liz, which will be dividied into three distinct chapters.

Also involved in the project is cinematographer Daniel Landin, who is renowned for his work on Jonathan Glazer’s Under The Skin.

The production team are launching a crowdfunding campaign on Kickstarter to help support the production and to unlock further funding from the BFI.

In an unusual move, the producers will also crowdsource casting suggestions from Kickstarter backers, with any suggestions that make it into the final film garnering a screen credit for the person who put them forward.