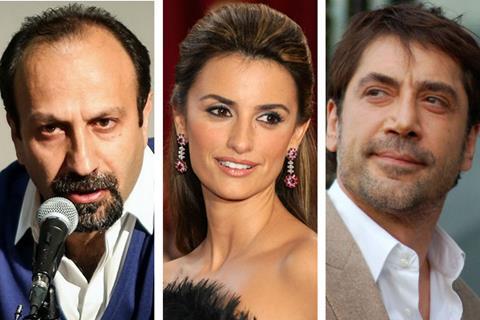 The 71st Cannes Film Festival will open with a screening of Asghar Farhadi’s Everybody Knows (Todos Lo Saben) in competition on Tuesday 8 May, it has been confirmed.

Starring Javier Bardem, Penelope Cruz and Ricardo Darin, and written by Farhadi (The Salesman) the film is a psychological thriller about a woman called Laura (Cruz) who journeys from Buenos Aires with her family to her native village in Spain. Their intended celebrations are disrupted by unexpected events.

Produced by Paris-based Memento Films Production’s Alexandre Mallet-Guy and Alvaro Longoria of Spain’s Morena Films, plus Italian coproducers Lucky Red and Rai Cinema, the film will be released by Memento in France on May 9, the day after the Cannes red carpet premiere. North American rights are still available for the film.

Farhadi and Mallet-Guy previously worked together on The Salesman and The Past, with both films produced and distributed by Memento in France.

Both films also screened in competition at Cannes, although Everybody Knows will be Farhadi’s first time opening the festival. The Salesman won best script for Farhadi and best actor for Shahab Hosseini in 2016, later picking up the Oscar for best foreign-language film. Berenice Bejo received best actress at Cannes 2013 for her leading role in The Past.

Everybody Knows was filmed in Torrelaguna, a small town on the outskirts of Madrid. The film is entirely in Spanish, despite Farhadi not speaking the language. It will be the second Spanish-language film to open the festival, following Pedro Almodovar’s Bad Education in 2004.