Indonesian adventure drama is set to premiere at Locarno. 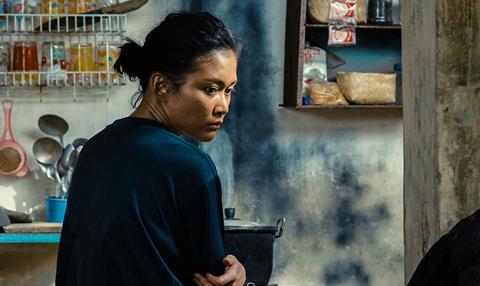 Produced by Yulia Evina Bhara for KawanKawan Film, the film is inspired by the exile of Indonesian poet Wiji Thukul, who was critical of the Indonesian government and hunted by police during the 1996 Jakarta protests.

Yosep Anggi Noen previously directed Peculiar Vacation And Other Illnesses, which received a special mention at Locarno 2012 and also won the Dragon and Tiger Award for Young Cinema at Vancouver IFF.

“Like Eddie Cahyono and Ifa Isfansyah, Yosep Anggi Noen is based in Jogjakarta where a new wave of Indonesian cinema is originating,” said Asian Shadows CEO Isabelle Glachant.

“Jogjakarta has a filmmaker’s film festival, JAFF, a young film school and strong talented new voices like Yosep Anggi Noen that need to be heard. We look forward to Solo, Solitude being seen all over the world.”

Asian Shadows’ production arm Chinese Shadows is also involved in several Indonesian projects, including Mouly Surya’s Marlina The Murderer In Four Acts. The female vengeance thriller was selected for La Fabrique at Cannes in 2016 and Asian Project Market in 2015.