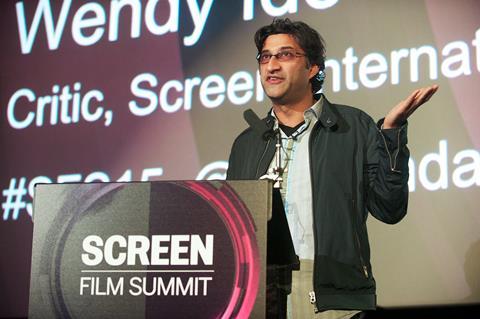 The programme, which launched last year and is called LFF Expanded, will run for the length of the festival from October 6-17. It is presented in partnership with the National Theatre and its Immersive Storytelling Studio.

Adapted from Nick Abadzis’ 2007 graphic novel of the same name, Laika tells the story of the unwanted stray dog from Moscow who became the first living creature sent by humans into space, and the most famous dog in the world. It is produced by independent UK studio Passion Pictures.

Londoner Kapadia will present his work in-person at the festival next month.

It is one of six of the 18 projects to have its world premiere at LFF Expanded, alongside UK XR work Adult Children from lead artists Ella Hickson and Sacha Wares. Set during the Covid-19 lockdown and staged in a scanned replica of the auditorium of London’s Donmar Warehouse, Adult Children considers the way in which our actions are connected even when we are apart.

Three of the projects were co-commissioned by the BFI London Film Festival: Laika, Sacha Wares and John Ping’s Museum of Austerity, and Alexander Whitley’s Future Rites.

It will be available at four physical spaces in London – LFF Expanded @ 26 Leake Street, BFI Southbank, Ballet Rambert and LFF Expanded at the National Theatre. It will also be accesible online to audiences in the UK and internationally via virtual exhibition space The Expanse, which will feature seven 360-degree videos and immersive works, plus a virtual theatre.

“This new strand is not about technology; it’s about the stories these creators want to share with us,” said Ulrich Schrauth, LFF Immersive Art and XR curator.

The festival will host an opening event in-person at LFF Expanded @ 26 Leake Street.

A dedicated Immersive Art and XR award will be included in the virtual festival awards ceremony on Sunday October 17. Felix Barrett, founder and artistic director of UK theatre company Punchdrunk will act as jury president for the award, with a jury to be announced in the coming weeks.