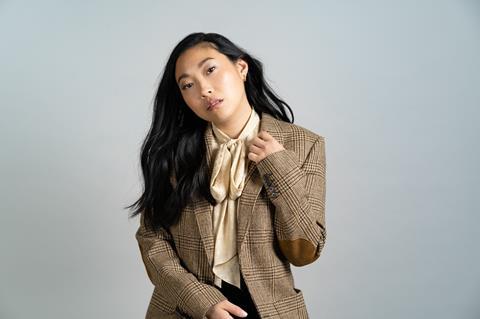 The star of The Farewell will play Kate, a close friend and confidante to Ali’s (Moonlight, Green Book) character Cameron in the drama, which is set in the near future and explores how much people will sacrifice for the ones they love.

Harris, the British actor whose credits include Moonlight and recent entries in the James Bond franchise including the upcoming No Time To Die, plays Poppy, Cameron’s wife and soulmate.

Benjamin Cleary directs Swan Song from his own screenplay. Adam Shulman and Jacob Perlin will produce on behalf of Anonymous Content alongside Jonathan King for Concordia Studio, as well as Ali through his company Know Wonder.

Coming up, the broader slate includes Martin Scorsese reuniting with Leonardo di Caprio on Killers Of The Flower Moon, and Emancipation from Antoine Fuqua starring and produced by Will Smith.