Awkwafina to star in 'Crime After Crime' for STXfilms 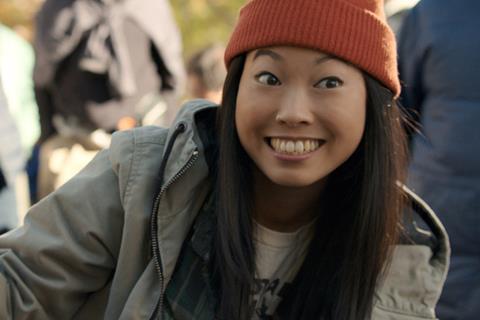 Awkwafina, who stars in Sundance hit The Farewell and was in the cast of Crazy Rich Asians, and Ike Barinholtz will play the leads and produce the crime caper Crime After Crime for STXfilms.

The film will follow a Millennial true-crime podcast host faced with a challenge when a convict, whose innocence she has campaigned to prove, breaks out of prison and turns up at her house.

Dan Gurewitch and David Young are writing the screenplay, with Nick Stoller and Conor Welch producing via Stoller Global Solutions alongside Awkwafina, Barinholtz and David Stassen.

STX’s Kate Vorhoff and Catherine Hagedorn will oversee production on Crime After Crime on behalf of the company.

“Awkwafina and Ike are comedy powerhouses who make a supremely funny duo, and we can’t wait to see what they bring to this sharp and fun material,” said STXfilms chairman Adam Fogelson.

Welch added, “Nick and I are huge fans of Awkwafina. Ike, not so much. But he was already attached.”

Awkwafina will star later this year in the sequel to Jumanji and has co-created a show for Comedy Central that she will star in that is expected early next year. Her credits include Ocean’s Eight.

Barinholtz was last seen opposite Tiffany Haddish in The Oath, which also marked his feature directorial debut, and the comedy Blockers. He next appears in Amazon’s Late Night and the Jordan Peele-hosted anthology series, The Twilight Zone.