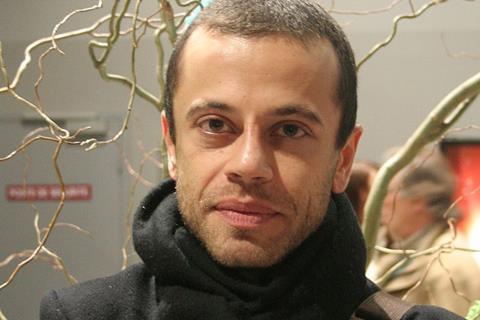 London-based Iranian filmmaker Babak Jalali, whose latest feature Land screens in Panorama here, is preparing a new fictional film that will be based around last summer’s Grenfell Tower disaster in west London.

The new film, provisionally called A Town On Patagonia, actually takes place in Abruzzo, Italy, however the inspiration comes from the tragic events in London that resulted in more than 70 deaths.

In A Town On Patagoni, two elderly men are terrified when they witness the Grenfell blaze on TV. The block they inhabit is similar to the one in Grenfell and one of the men has already lost his partner in an earthquakes. Jalali is co-writing the screenplay with Carolina Cavalli.

“I found the whole Grenfell thing astonishing,” Jalali said. “The whole Brexit thing was happening. There was thing of foreigner this, foreigner that, based on fear.”

He added that as the disaster unfolded, “you saw white English people saying, ‘An Afghan carried me down two floors of the building,’, ‘A neighbour carried me.’ It was the complete diametric opposite of the Brexit mentality how the community there dealt with Grenfell.”

Jalali said the film would be in a similar freewheeling spirit to his earlier feature, Radio Dreams.

Jalali and Cavalli have also written another new project that Jalali will direct. Fremont (working title) is about an Afghan translator who used to work for the US military and is now based in San Francisco, trying to rebuild her life. The project has received a development grant from the San Francisco Film Society.

Land (sold by Bac) is a dark drama set in the Native American reservations in the US. Bac will release the film in France in late April.