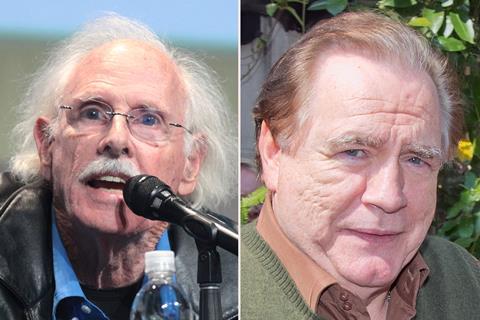 Bac Films has jumped on international sales of Martin Rosete’s romantic drama Remember Me, starring Bruce Dern as a retired widower who comes to the rescue of an old flame struggling to cope with Alzheimer’s by herself.

Dern’s character, the larger-than-life septuagenarian figure of Claude, pretends he too is suffering from the disease so that he can join the love of his life Lilian, played by French actress Caroline Silhol, in the senior residential community where she resides.

“We think that this production has the potential to travel the world through sales and major festivals,” commented Bac Films sales chief Gilles Sousa.

“Martin found the script and brought it to me three years ago when we wrapped our last film, Money. I’ve come to trust Martin’s instincts, so I was confident going in but I was floored when I read it myself. The script blended comedy, tragedy, love and drama very naturally,” said Shah.

The pair decided to design an English-language production tapping into both US and European talent with the goal to reach an international audience. Production began in Spain in late August, and will also take in Los Angeles and France.

“This is one of the most challenging projects Lazona has produced to date, a combination of a Spanish and French crew with an amazing international cast to tell a very compelling story,” said Lazona’s de Artinano and Naranjo. “We are confident that this will be Rosete’s international breakthrough.”

The feature joins a growing roster of English-language productions combining US and European creative and production talent sold internationally by Paris-based Bac Films, including most recently Italian director Paolo Virzi’s The Leisure Seeker.

“Our experiences with The Leisure Seeker showed us that there is a strong audience for these sorts of stories revolving around older characters and touching on issues related to ageing with a light touch,” commented Sousa.

As previously announced, the UK’s Brian Cox and Sienna Guillory also feature in the Remember Me cast as Claude’s best friend and daughter. Other cast members include Spanish actress Veronica Forqué and US actor Brandon Larracuente.

Veteran French producer and former talent agent Livi has a long history of working with the US, dating back to 1990s productions such as the Gérard Depardieu-starrer My Father The Hero, a remake of the French-language hit Mon Père, Ce Héros.

“I read the script and loved it immediately,” said Livi. “European-US productions like this aren’t that common but I think this production format will ensure the story and talent travels worldwide.”