'Band Of Brothers' showrunner Erik Jendresen on US TV industry: 'the fear of failure is extraordinary'

Erik Jendresen, the Emmy-winning US screenwriter and showrunner whose credits include Band Of Brothers and Killing Lincoln, discussed the highs and lows of his career at the Sarajevo Film Festival on Wednesday (Aug 15). The event was hosted with screenwriting initiative Midpoint TV. 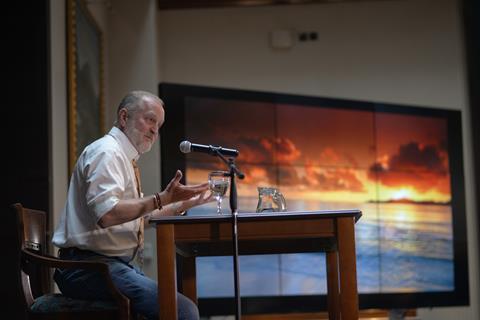 Second World War miniseries Band Of Brothers, at a cost of $120m, was the most expensive TV miniseries ever made when it came out in 2001. It turned out to be a big success for broadcaster HBO, winning Emmys and Golden Globes. What was the secret behind its success? Jendresen believes it was space.

“Then-HBO head Chris Albrecht got the best people he could [which also included Tom Hanks and Steven Spielberg] and left them alone. It was $120m, 10 hours, and we didn’t get a single note from HBO. That’s the reason it was so good,” he recalled.

Jendresen said the situation would never happen now. “The executives who make the decisions and allow our work to get to the screen never learn. The reason? Fear. It comes from the decision makers in Hollywood at every level. You’re only as valuable as your last success – the fear of failure is extraordinary. It’s a lot easier to say ‘no’ than to say ‘yes’ because you run the risk of losing your job if it’s not good.”

“I can’t over-emphasise how everyone in the US suffers from fear,” he continued. ”It’s not a meritocracy, it’s pure Darwinism - the survival of the fittest. From my experience, the fittest are those who approach everything they work on with purpose and impeccable intent, not allowing the failures of the system to stop them.”

Jendresen has suffered plenty of setbacks throughout this career. He recalled multiple examples of being commissioned to write a project, delivering the pilot and series bible, only for the commissioning executive to lose their job before the greenlight was given.

One example was a screenplay for a Star Trek franchise prequel, Star Trek The Beginning, which he wrote for then-Paramount head Donald De Line. After De Line left the studio, the project was shelved by incoming chief Gail Berman.

“If an exec is fired, that script is going to sit aside and no one is going to read it,” he said. ”A new exec doesn’t want to greenlight something his predecessor delivered, because if it’s successful he doesn’t get the credit, and if it fails he looks like an idiot” the writer said. 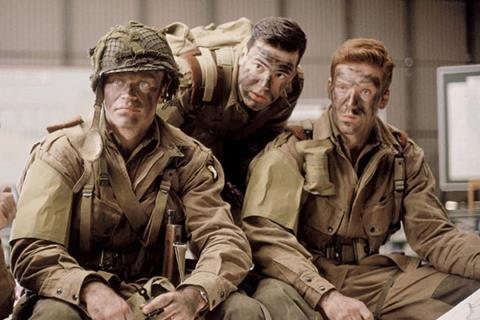 A second example was a TV miniseries based on the original book behind the hit musical Wicked, which was set up at broadcaster ABC. The network set the project in motion, but it was then discovered an investor at Goldman Sachs retained 1% of the rights to the property and refused to let the series go ahead.

Once a project gets shelved, Jendresen said agents have “no incentive to place it somewhere else” due to the complicated process it takes to extract the material from its original home. He added studios and broadcasters tend to prefer not to be seen to be picking up projects that failed to get made elsewhere. “It’s a lot easier to just start something fresh.”

The writer has also worked in feature films, including Ithaca and The Big Bang. He says the film experience is less interesting to him than television because writers are marginalised in the film industry.

“In television, we’re blessed as writers with being in charge, we’re the showrunners and the directors work for and with us,” he says. ”Feature film is a director’s medium, If you’re a writer of a feature you’re lucky if you’re allowed on set. It makes no sense whatsoever.”

For Jendresen, the key to being a successful writer is to always take a positive approach to your work, even if you suffer setbacks. “Throw yourself into every project with the same passion and commitment as the first thing you wrote. When you allow your heart to be broken, you’re a broken writer, and there are lots of them.”