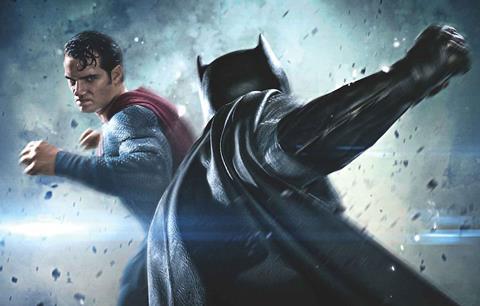 Despite a less than heroic critical reception, Batman v Superman: Dawn Of Justice has posted a record-breaking UK debut over the Easter weekend.

Batman v Superman’s opening also ranks as the biggest ever Fri-Sun result for a superhero film, surpassing Avengers: Age Of Ultron’s $20.4m (£14.42m). Overall, it ranks as the third biggest superhero opening, behind both Avengers films due to their previews.

It’s now a question of how much its soft critical response will impact on its holdovers. The first target will be Man Of Steel’s $42.5m (£30m) result as the biggest Superman film, which it could be close to toppling by the end of this coming weekend.

It might have missed out on the top spot, but Zootropolis (AKA Zootopia) also enjoyed a strong start to its UK run.

With school holidays running for two weeks, Zootropolis should benefit from its strong critical reaction and word-of-mouth. It wouldn’t be a surprise for it to take around £1m, at least, each day.

10 Cloverfield Lane fell more than 50% in its second weekend as it rounded off this week’s top five.

This week’s only saturation release is Lionsgate’s Eddie The Eagle, which opened yesterday and will have a seven-day opening.