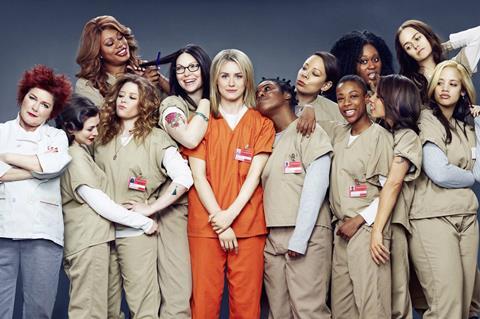 Orange Is The New Black

BBC Studios Los Angeles and Lionsgate Television have signed a first-look deal that will, among other things, see the two companies make original US series based on scripted formats from the BBC catalogue.

The partners said they will work together under the arrangement to “identify, co-develop and co-fund scripted formats and original intellectual property for the US market.”

The BBC Studios production unit in Los Angeles is best known for its scripted format-based series Getting On and Emmy-winner The Night Of, both made for HBO in the US. The unit also works on unscripted shows including ABC’s Dancing With The Stars and National Geographic Channel’s Life Below Zero.

Current scripted series from Lionsgate include Netflix’s Orange Is The New Black (pictured) and Dear White People, and Casual for Hulu.

Commenting on the deal, BBC Studios managing director, international production and formats Matt Forde, said: “BBC Studios productions is known for showcasing the best content with British DNA. We’re looking forward to this creative partnership with Lionsgate Television to more readily bring this to the US audiences, and beyond.”

Lionsgate Television Group chairman Kevin Beggs and president Sandra Stern added: “We’re thrilled to partner with one of the largest and most respected content suppliers in the world. We’re incredibly excited by the opportunity to marshal our complementary resources and expertise to continue to bring the globally renowned BBC brand to the US market.”