'Beauty And The Beast' bests 'Kong' in UK social buzz 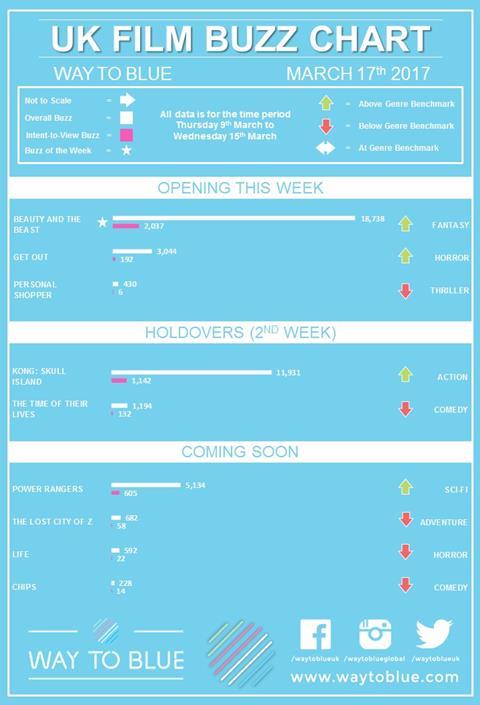 Beauty And The Beast, Disney’s live-action remake of its animated classic, garnered the most buzz on UK social media between March 9-15, besting runner-up Kong: Skull Island.

Of the 20,775 comments received by Beauty And The Beast across the internet, including news and social media, 2,037 displayed an intent to view, according to numbers provided by analysis firm Way to Blue.

The Emma Watson-led film, which is released in the UK today (March 17), has made national headlines recently due to its “gay moment” which has led to it being pulled from release in Malaysia and an adults-only rating in Russia.

Jordan Peele’s horror comedy Get Out ranked fourth ahead of its release.