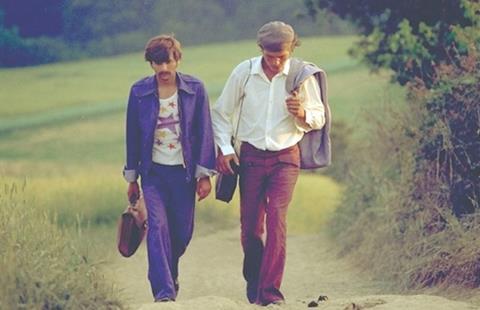 Local filmmakers including the acclaimed Bela Tarr have reacted with dismay to what they say is the festival’s refusal to screen any material relating to the subject of Roma in Hungary.

Young filmmakers’ group DunaDOCK announced it would not present its MasterClass programme at CineFest because of the restrictions on what could be shown.

“To our greatest surprise we found out that CineFest can only host our professional programme if it does not contain - contrary to our plans - any film dealing with the topic of Roma in Hungary, or if it does, the title, the description and the names of the creators of such films cannot be listed in the official programme or in any other public forum,” said a DunaDOCK spokesperson.

DunaDOCK selects Hungarian and foreign documentaries for its MasterClass. This year, the organisation was planning to showcase Pál Schiffer’s classic Cséplő Gyuri (1978) alongside a new Hungarian documentary. However, both films are Roma themed.

“The explanation of the CineFest leadership is incomprehensible to us,” the spokesman added.

“According to them, the film festival takes place at the time of local elections, thus to avoid political conflicts and for security reasons they cannot undertake the presentation of any film dealing with the topic of the Roma in Hungary; even their usual Roma workshop is cancelled.

“We find it unacceptable that an independent filmmaker professional programme’s freedom can be restricted by current politics,” the DunaDOCK principals commented in a strongly worded statement.

Defending its decision, a statement from CineFest said: “The organizers of the Jameson CineFest International Film Festival consider their disagreement with the DunaDOCK going on also in the media in the last couple days settled.

“Since the beginning, the programme of the CineFest has been defined along artistic considerations. We have always put large emphasis on minority cultures. One of the missions of the programmes at the CineFest is to show admission-free movies that help to strengthen the tolerance toward all kinds of minority groups.

“The Jameson CineFest Miskolc International Film Festival is strongly against racism and dismisses all accusations of a racist practice.

“The program of the last 10 years clearly proves the openness and sensitivity of the CineFest. We are especially proud of our Roma program that has been running for seven years now and is absolutely unique among the Hungarian film festivals. This year, the Roma-picture programme will show Roma portraits from Miskolc.

“The DunaDOCK group wanted the bring Pál Schiffer’s Cséplő Gyuri to the Festival, a film that was screened in 2011 at the CineFest. We do not think that an international film festival should include any film every three years in its programme.

“The CineFest is waiting for everyone with it usual programme – publicly announced in the second half of August – between September 12-21.”

DunaDOCK will not be present at the CineFest and has already informed the organisers of its decision.

“We sincerely regret that such a situation can occur at an international film festival. Our MasterClass series will continue at a different place and time, to be announced soon,” the statement concluded .

Bela Tarr has expressed his solidarity with DunaDOCK and his support for its decision to boycott the festival.

The Board of the Hungarian Filmmakers Association issued the following statement:

“The decision was explained by the topic of the two movies: both of them deal with the Roma problem in Hungary.

“We protest against the political censorship based on racist arguments, we express our solidarity with the young colleagues who organise the DunaDOCK documentary program. We also ask for solidarity all those Hungarian and foreign colleagues who are invited to the Miskolc Jameson-Cinefest International Film Festival.”