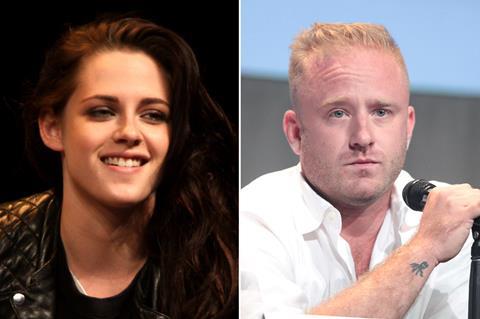 Ben Foster will make his directorial debut with an adaptation of William Burroughs’ early works and letters and will star opposite Kristen Stewart and Tom Glynn-Carney. Celluloid Dreams has acquired international rights and will launch sales in Cannes.

Foster and Oren Moverman adapted the screenplay, which explores a love triangle between Burroughs (Foster), his common-law muse Joan Vollmer (Stewart), and a young American ex-pat named Allerton (Glynn-Carney) who rocks their lives.

Stewart stars in the upcoming Charlie’s Angels reboot, as well as Amazon’s Against All Enemies. Glynn-Carney, most notable for his role in Dunkirk, will next be seen in David Michod’s film The King.

“We have found the perfect partners in Hengameh Panahi and Charlotte Mickie of Celluloid Dreams,” said Foster. “We are delighted to align our film with their formidable taste and reputation to celebrate this unique, untold love story. Our film is kind of anti-Beat. We meet our star-crossed lovers in New York City, head to the Texas border, roar through Mexico City’s underbelly, and end up in the Amazon jungle. This film is about love, sex and self-discovery in all of its lush, dark and often hilarious complexity.”

Arthur added, “We are beyond excited to go on this artistic journey with Ben. A phenomenal talent in front of the camera, his uncanny depth and understanding of character will make him that rare breed of truly accomplished hyphenates: Actor-Writer-Director. The genius of William S. Burroughs is in the hands of a true artist and creative collaborator who, together with the extraordinary Kristen Stewart and newcomer Tom Glynn-Carney, will bring to the screen the definitive Beats boom box.”

Hengameh Panahi and Charlotte Mickie of Celluloid Dreams added, “We were so moved by the poetry and depth of Ben and Oren’s beautiful script – it was a revelation. It’s a new, tender view of Burroughs, a long time hero of ours, so pertinent to our present times and the importance of otherness, and full of both humor and poignancy. Ben is so immersed in this material, so familiar and committed, that we know the movie will be authentic and luminous. And Kristen will be a brilliant Joan, a character who richly deserves discovery.”

Foster is reprsented by UTA, Stewart by Gersh, and Glynn-Carney by Independent Talent Group and UTA.