Ten films from the Wings of Desire director to be shown as part of a homage at the next Berlinale. 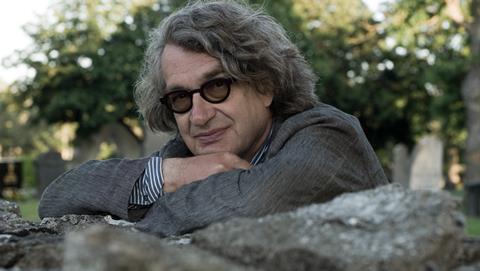 The 65th Berlin International Film Festival (Feb 5-15) is to dedicate the Homage strand to German filmmaker Wim Wenders and present him with an Honorary Golden Bear for lifetime achievement.

Ten films from Wenders’ feature and documentary repertoire will be shown as part of the Homage, the line-up of which will be revealed this autumn.

In the 1970s, Wenders was part of a young generation of filmmakers who heavily influenced New German Cinema, working against a backdrop of the economic and artistic crisis in commercial film of that time.

Since feature debut Summer in the City in 1970, Wenders has made roughly 50 films.

Following his international breakthrough with the early road movies Alice in the Cities (1973) and Kings of the Road (1976) he worked in Europe, the US, Latin America and Asia, and has received numerous awards.

Festivals prizes include the Palme d’Or for Paris, Texas (1984) and the award for best director for Wings of Desire (1987) in Cannes; the Golden Lion for The State of Things (1982) in Venice; and the Silver Bear for The Million Dollar Hotel (2000) in Berlin.

Wenders presented his 3D project Pina at the Berlinale in 2011 and secured an Oscar nomination.

Berlinale director Dieter Kosslick said: “In dedicating the Homage to Wim Wenders, we honour one of the most noted contemporary auteurs. His cross-genre and multifaceted work as a filmmaker, photographer and author has shaped our living memory of cinema, and continues to inspire other filmmakers.”

Rainer Rother, director of Retrospective/Homage and artistic director of the Deutsche Kinemathek, said: “What’s impressive about Wim Wenders is the diversity of his artistic affinities - his work not only as a filmmaker, but also as an author and a photographer. He has honoured artists he admires in numerous cinematic essays, such as Yasujiro Ozu in Tokyo-Ga (1985) or most recently, the photographer Sebastião Salgado in The Salt of the Earth (2014).”