George Lucas’ THX 1138, Byron Haskin’s The War Of The Worlds and 1918 silent film A Trip To Mars among 27 features set to screen. 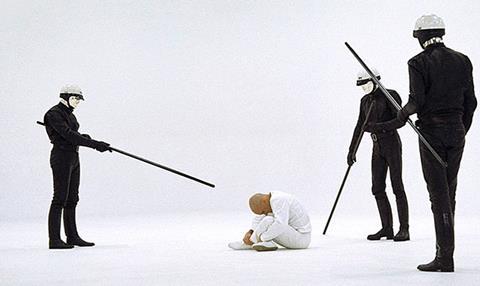 The Berlin Film Festival’s annual retrospective will be devoted to science fiction films at the 67th edition of the festival unfolding Feb 9-19 in 2017.

The sidebar – Future Imperfect. Science · Fiction · Film” - will screen a total of 27 international features, including classics, cult films and largely unknown productions from countries including Japan as well as central and European Europe.

Describing science fiction films as one of the most “visually stunning and spectacular genres in the history of film”, the festival said the event would focus on two themes: ‘the society of the future’ and ‘the strange and the other’.

“The possible worlds on earth or in space open up a vast scope for re-defining questions of collective visions and fears. So as a mirror for society’s public debates, science fiction films are enormously topical”, said Berlinale director Dieter Kosslick.

Among the titles featured will be Richard Fleischer’s 1973 sci-fi Soylent Green starring Charlton Heston as a New York detective investigating the murder of a company CEO in world ravaged by over-population and environmental pollution.

“In selecting the films, we were inspired by the subject of our exhibition ‘Things to Come’. But the Retrospective takes a look at the history of the genre and shows imaginary worlds, including films from countries such as Denmark, Japan, Poland, and Czechoslovakia”, says Rainer Rother, head of the festival’s Retrospective section and artistic director of the Deutsche Kinemathek.

A linked exhibition, called “Things to Come. Science · Fiction · Film” has been running at the Deutsche Kinemathek – Museum für Film und Fernsehen since June 2016 and will run remain open during the retrospective.

The retrospective will also be accompanied by an English-language publication featuring essays looking at science fiction within the context of national cinema.

The Museum of Modern Art, New York, which has been a partner of the Berlinale’s annual retrospective programme since 2011, will present a related and extended exhibition of science fiction films, organised by Joshua Siegel, MoMA Curator of Film in the summer of 2017.