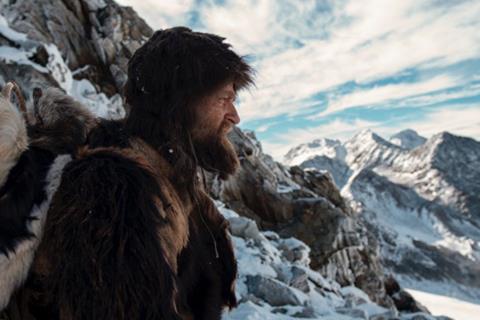 The film tells the story of one of an unsolved murder case from 5,300 years ago in the Ötztal Alps. Rights have now gone to the UK (Bulldog), Spain (Festival Films), China (Lemon Tree) and Croatia (Discovery) with the US deal in final negotiations.

Iceman will have its market premiere today at AFM.

The film, written and directed by Felix Randau, was shot in an early version of the Rhaetic language. Juergen Vogel (The Wave) plays Kelab, a hunter and keeper of the holy shrine. After seeing his tribe being murdered and the holy shrine stolen, Kelab sets out for vengeance.

The mummy of Otzi the Iceman was found by German tourists in 1991. Ever since, there has been widespread fascination amomg scientists and researchers about how he lived and how he died.