Dyke receives the BFI Fellowship for his “outstanding contribution to film”. 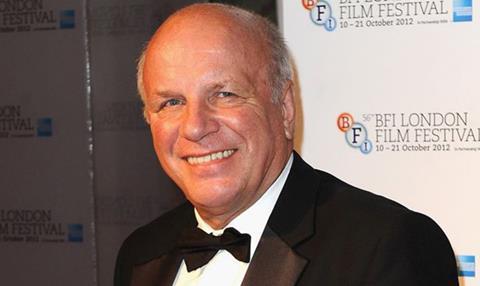 Greg Dyke, the outgoing chairman of the British Film Institute, has been awarded a BFI Fellowship for his “outstanding contribution to film”.

The award was presented by broadcaster and writer Melvyn Bragg during an event at BFI Southbank on Thursday (Feb 11).

Dyke, who began his career in journalism, has held roles across film and television throughout a career spanning five decades.

He became director general of the BBC in 2000, before taking over as BFI chairman in 2008. He is also currently chairman of the English Football Association.

Dyke said of receiving the award: “Thank you to my friends at the BFI, we’ve had a great eight years together. We’ve faced lots of challenges but we’re better now than ever and doing more than ever. It’s a brilliant organisation and I’m overwhelmed by this BFI Fellowship award.”

Amanda Nevill, BFI CEO added: “Greg has had a profound influence upon modern television and popular culture and he has made a massive impact on so many other sectors from film to journalism and sport.”

It was revealed in December that Warner Bros’ Josh Berger would replace Dyke as the BFI’s chairman in February 2016.