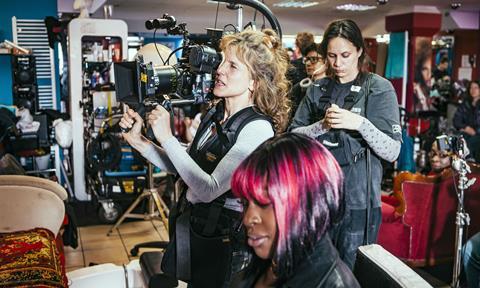 This evening (June 28), the British Film Institute (BFI) launched the Film Skills Strategy plan, an ambitious new programme with a 10-point plan to tackle skill shortages in the industry.

The BFI will invest £20m of lottery funding over five years into the scheme. It is anticipated this investment will leverage match funding from the industry’s own Skills Investment Fund to fund the action plan.

The programme also aims to address the still chronic lack of representation and inclusion in the workforce at a time when UK film is worth an estimated £4.3bn to the British economy and inward investment is continuing to rise.

A new BFI-commissioned report revealed significant opportunities for the film workforce with an estimated 30,000 job opportunities likely to be available over the next five years.

Despite all this activity, however, problems of nepotism and unconscious bias remain. According to Heather Carey from the Work Foundation, there is still “a pandemic lack of inclusion in the industry”, recruitment continues to come from a very narrow base and there “are nearly 40 occupations” across the industry in which there are skills shortages.

Future Film Skills includes plans to provide equal opportunities for those from all backgrounds, irrespective of socio-economic background or geography, to have the skills they need to access jobs that will be created in the screen industries of the future.

Among those supporting the scheme is Lucasfilm president Kathleen Kennedy. Lucasfilm has already pioneered a pilot programme with the BFI placing 28 trainees as paid trainees, working in various craft and technical roles across The Untitled Han Solo Project, currently in production at Pinewood Studios.

At a press briefing in advance of the launch, Nevill, British Film Commission chair and veteran producer Iain Smith, Alison Small, chief executive of the Production Guild, and Carey from the Work Foundation addressed the opportunities within film, high-end TV, animation, VR and interactive media.

“It is a huge and growing economic driver and its growth pattern in the last five years has absolutely out-paced any other sector in the UK,” Nevill commented of the film sector.

Smith, meanwhile, pointed to the increasing “crossover between film in the traditional sense and high-end television drama, with a lot of the talent and skills migrating back and forth between those two areas.” He highlighted high-end TV drama as “a fertile growth area not just for economic reasons but also for creating an aspirational ladder for young people to move up within the industry”.

Research carried out by the Work Foundation has highlighted the growth in demand for labour. “If the pace of growth that we’ve seen over the last five years continues, we’re going to need around 10,000 new entrants into this industry,” Carey revealed.

In spite of the huge numbers studying film in higher education, Carey noted the shortfall of students in specific crafts areas. For example, there may be 60,000 people in higher education “studying courses aligned to the screen industries and 98,000 in further education,” but there are only 2,300 studying visual effects - “which, as we know, is a huge growth area.”

She continued: “There is a culture of nepotism. A lot of the employers we spoke to just recruit by word of mouth. That creates real barriers. If you don’t have those networks, it is incredibly difficult to get in and progress in this sector. Then, there is the real challenge of unpaid work experience. I can’t imagine being asked to undertake 16 weeks of unpaid work experience in London and the southeast, one of the most expensive parts of the country.”

Carey said that the obstacles toward entry were still especially daunting for “women, ethnic minorities, those with a disability and the less financially advantaged.”

“It is an economic imperative that this industry starts to draw on a more diverse pool of talent,” she said.

The Action Plan was given a warm welcome by most sectors of the industry. Some questioned why its emphasis was so firmly on production (although skill shortages in distribution and exhibition were also identified).

“During the industry-wide and UK-wide consultation last year for the BFI’s five-year strategy, BFI2022, the need to grow our production workforce was a consistently voiced concern owing to the unprecedented growth in film and high-end TV production,” a BFI spokesperson said, explaining the production emphasis. “This is creating pressure on the skills pipeline and needs to be addressed urgently in order for the UK film industry to retain its competitiveness and growth trajectory.”

“The plan draws heavily on the Skills Review undertaken by the Work Foundation under the leadership of Barbara Broccoli, which was subject to widespread industry consultation, including this organisation,” agreed Phil Clapp, chief executive of exhibitors’ body the UK Cinema Association (UKCA).

“For the most part the focus of the plan is on skills needs in the various facets of production and distribution, which is as it should be. These are the areas with the most acute and pressing needs.”

As production levels continue to increase, producers are reporting increasing struggles and competition to secure the crew and crafts people they need for their projects.

“If you think about the number of platforms that have exploded - things are being made for Netflix, Amazon, HBO, Sky, film and television. There is so much stuff being made and with the tax rebate applying to television, there is just not enough crew around,” Liz Karlsen of Number 9 Films notes. “There’s just not enough people out there to fill all the jobs that need to be filled.”

When Number 9 lost a member of the camera department just before shooting began on The Limehouse Golem, the company couldn’t find a replacement and ended up having to fly in a technician from Italy. The company also struggled to secure an accountant for its new feature Colette.

At least, Karlsen suggests, the gender balance is changing.

“Girls at schools need to be made aware that they can be cinematographers and they can be directors, lighting designers, production designers, gaffers and all of those jobs. With On Chesil Beach, we had 51% women which was really gratifying, and quite a few women in positions that you don’t typically see women in, like the lighting department and camera department.”

“What tends to happen is that people hire their own - stick within a particular social and professional circuit and hire within, which I guess is a kind of nepotism. Once you start getting women, they will hire other women and that’s no bad thing.”

Another concern is the cyclical nature of production booms and whether the current level of activity will continue indefinitely.

“An export industry, which is what this is, is always vulnerable,” Iain Smith told Screen. “It is vulnerable to political whim, to decisions made in distant places.”

“The control of this industry is largely in Los Angeles. It is definitely predicated on the exchange rate, which couldn’t be better. But, given the risks that we can’t remove, we have to make ourselves a very safe choice. What we want is for studio executives to make the safe choice - should they go to Prague or Canada or Britain? It should be Britain because our skills and infrastructure are so good.”

As long as the UK’s infrastructure and skills base continues to improve, Smith said there was “no reason” why the productivity shouldn’t continue to increase.

Karen Bradley, culture secretary, commented: “The UK film industry is one of our biggest success stories and the films made here are loved by audiences around the world. For this to continue we need to nurture and foster the next generation of talent - both in front of, and behind the camera. The 10-point skills plan being launched today will be instrumental in helping to deliver this, as well as making sure that the films in the UK are truly representative of the UK’s diverse society.”