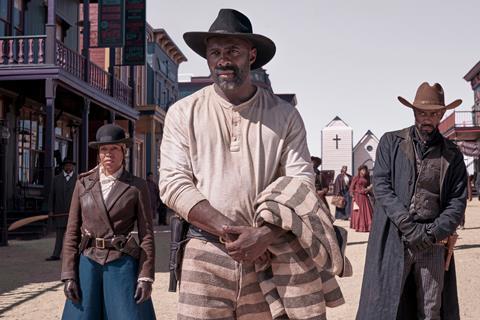 The world premiere of Jeymes Samuel’s Netflix title The Harder They Fall will open the 65th BFI London Film Festival (LFF), marking the first time a title from the streamer has opened the event.

The film will play at the LFF’s new gala venue, the Southbank Centre’s Royal Festival Hall – a change from the gala venue of previous years at the Odeon Leicester Square.

Simultaneous preview screenings will also take place across the UK.

Netflix will release The Harder We Fall in UK cinemas following the LFF premiere, at a date to-be-confirmed; before a debut on Netflix on November 3.

The film is written by UK filmmaker Samuel and Boaz Yakin, and produced by Shawn ‘Jay-Z’ Carter, James Lassiter, Lawrence Bender and Samuel.

It follows an outlaw who discovers that his enemy is being released from prison, so rounds up his gang to track him down and seek revenge.

It features an original soundtrack produced by Samuel, who is also a singer-songwriter who performs under the name The Bullitts, and executive produced by Carter.

The Harder They Fall is Samuel’s directorial feature debut; he has previously directed mid-length 2014 Western They Die By Dawn starring Rosario Dawson

Samuel, Majors, Beetz, King and Elba are all expected to attend the premiere event.

“This is brutal and funny genre filmmaking, sometimes making you chuckle and gasp in the same breath, while each of its mega stars absolutely burns up the screen,” said Tricia Tuttle, BFI LFF director. “It’s a total joy for us to open the festival with the work of a filmmaker from London.”

The main LFF programme launch will take place on Tuesday, September 7, with the festival running from October 6-20.