La La Land, The Birth Of A Nation, Arrival and Snowden announced as headline galas; new venue to be built on London’s Embankment; official competition will include Elle, Moonlight, Una and Neruda. 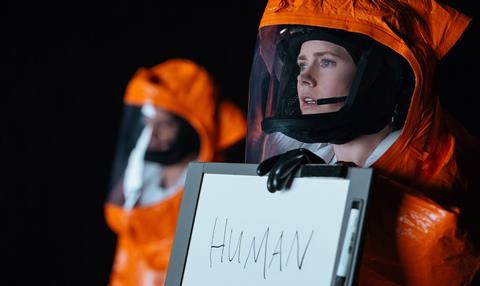 The BFI London Film Festival (October 5-16) has unveiled the full line-up of 245 feature films for its 60th festival. This year’s festival will screen 193 fiction and 52 documentary features, including 18 world premieres and eight international premieres.

The Birth Of A Nation

The venue challenge faced last year, augmented by the closure of the Odeon West End which played host to many LFF galas and represented a significant loss for the festival’s screening capacity, will be met this year with the construction of a new, temporary cinema, to be situated in Victoria Embankment Gardens.

The 780-seat pop-up venue, which is being backed by various partners including the city of London, will be dubbed Embankment Garden Cinema and, says Stewart, “will be seriously well kitted – audience comfort and technical presentation will be at a very high level.” The venue, which will feature Dolby 7.1 surround sound and 4K digital projection, will host strand galas, official competition titles and repeat screenings. Bollywood musical Mirzya will open the new cinema.

“It’s a fantastic site that connects Leicester Square and BFI Southbank. In terms of our core festival precinct, it’s a fabulous position and it will give us the venue of scale that we are looking for.”

The festival’s new venue will be situated by the Thames.

It will allow the LFF to expand the number of headline galas, up from seven last year (opening, closing, and five sponsored galas) to one every night of this year’s festival - 12 in total - all to be held at the Odeon Leicester Square.

The festival programme will again be organised into categories clustered around the themes of Cult, Dare, Debate, Family, Journey, Laugh, Love, Sonic and Thrill.

The strands are each headlined with a gala:

The festival’s Special Presentations are Andrea Arnold’s American Honey, Ava DuVernay’s documentary The 13th, which explores a century of race relations in the US, Fiona Tan’s Ascent as the Experimenta presentation and Xavier Dolan’s It’s Only The End Of The World as the inaugural Flare presentation.

Twelve films will again compete in the festival’s Official Competition for the Best Film Award, while the winners of the First Feature and Documentary Competitions will respectively receive the Sutherland and Grierson Awards.

“We are in a robust position as a festival,” said Clare Stewart. “We have been on a trajectory over the last four or five years of positioning the festival internationally as well as with local audiences, and changing the texture of how that plays out. We have been taking hold of that position we have in the calendar in relation to the awards season window and certainly our headline galas are playing more and more strongly into that.”

“The importance of London to our US Academy and BAFTA-voting audience has really changed the way our gala line-up is viewed internationally. But we have not strayed in pushing that focus from our interest in broadening and reaching wider audiences.”

This year’s bespoke venue is seen as a pilot project which the festival hopes to keep for future years. Other highlights include celebrating 40 years of revolutionary VFX powerhouse Industrial Light & Magic as part of LFF Connects, with Dennis Muren coming to London to hold a talk.

Following last year’s gender-focused symposium in partnership with the Geena Davis Institute, the festival will hold its previously announced Black Star symposium – tied into the BFI’s Black Star season – on the first day, exploring issues around under-representation of black actors on screen, with line-up and guests yet to be confirmed.

Several high-profile films from black directors will play in the festival, including Asante’s opener, du Vernay’s documentary and Jenkins’ Moonlight. Despite the controversy surrounding writer-director-star Parker, Stewart never considered pulling The Birth Of A Nation as one of her headline galas. “It’s one of the significant films of the year,” said Stewart. “It’s not for me to make any further comment.”