Today’s announcement of the British Film Institute (BFI)’s forthcoming Playing the Bitch season, a programme of film screenings and events focused on “wickedly compelling female characters on screen”, has caused heated debate online in the UK. 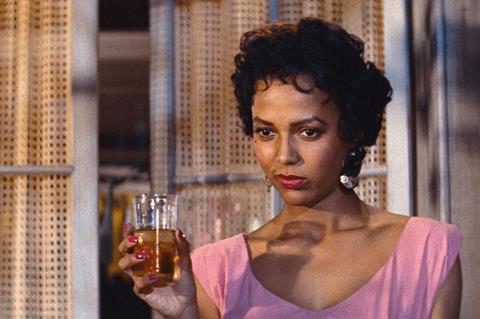 Concerns were voiced about both the use of the often derogatory term and, more significantly, that the programme of films is entirely comprised of male directors, despite the subject matter being female-focused.

“All perspectives from the Male Gaze then. Bitches as defined by men. How wonderfully subversive and feminist… NOT,” commented one Twitter user in response to the season.

A second user desribed the title as “tone-deaf”, while another said they would be cancelling their subscription to the organisation in response to the programme.

The BFI said the programme, which runs throughout June at the BFI’s Southbank venue, was focused on highlighting women actors and that female filmmakers were being forefronted in other events.

“This particular season is to celebrate how female actors have taken ownership of their relationship with the audience and the camera through their talent and charisma,” read a statement from a BFI spokesperson.

“This is not about who or how the performances are directed but how the female actors themselves have specifically taken control of their relationship with the audience, and in some cases, whose performance and persona itself creates meaning.

“Our work to present women in cinema does not just focus on women directors but also on women writers, producers, DPs, and on woman as actors and especially women who have had the clout to have roles created for them and whose star power and persona itself creates meaning.”

Several Twitter users supported the BFI and its programmers. One user said that the trope “warrants exploration”, while another pointed out that ”many of these characters were created by women [writers]”.

In December 2018, an open letter decrying the proposed season (then titled ‘Bitches’) received more than 300 signatures including from academics, critics and festival programmers. It was reposted online today.

“We write to you out of concern regarding the framing and content of this series,” the letter read. ”[The title] presumably aims to reclaim language that has consistently been used to insult, diminish and undermine women. However, we question the appropriateness of this gesture when coming from the BFI, an institution with an ongoing imperative to address significant problems of gender equity in its programming and publication activities.”

Another Gaze, a feminist film journal that was involved in the open letter, said it had been in discussions with the BFI over the last four months and that it was disappointed with the outcome after the only concession made was the inclusion of a debate on the use of the term ‘bitch’.

“The debates/discussions they’ve programmed around the season are their only concession to four months of discussion,” Another Gaze wrote on Twitter. ”We proposed they included women-authored films or *some* sort of more complex counter cinemas (pref not all Anglo) that contain embedded critique & discussion.”

The programme includes 12 feature films and one TV series. There will be four ticketed discussion events that will run alongside the screenings programme:

- The Hot Take: The B Word a provocative event with thinkers and commentators from both sides of the argument debating whether the word bitch has been, or can be reclaimed, by women looking to diminish its power to insult them.

- TV’s Bad Girls, during which a panel will look at the history of the small screen bitch – from Dynasty to Killing Eve, Harlots to Empire and ask, how does today’s TV drama reflect those dynamic, strong and often downright badly behaved women, created for and by women?

- The Luxury of Being Difficult, a panel exploring how issues of race, class and sexuality have impacted the portrayal of ‘difficult’ women, the absence of women of colour in these types of roles, especially as modern interpretations of more complex female characters emerge.

- An Attempted History of the On-screen Bitch by Anna Bogutskaya – a lively talk about the history of on-screen bitches and how this character type can be defined, as well as paying tribute to the vital role of the actresses who embody these characters.

One Twitter user questioned whether the paid-for discussion events would be well enough attended to counter the lack of female directors in the film programme.