The producers of The Throne have returned their $10,600 prize, citing a desire to help the festival’s growth. 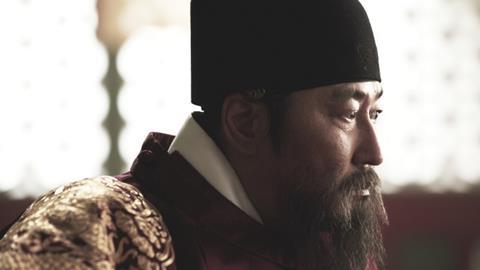 Production company Tiger Pictures and director Lee Joon-ik stated that they were impressed with the festival and they wished to donate their grant to help Black Nights become “a new European hub to create cinematic joy and fun.”

The Throne, which is South Korea’s Oscar submission for 2015, follows an 18th-century Korean ruling family. It also took the Best Music prize during the festival’s award ceremony on Nov 27.

The film’s screenwriter and producer, Cho Chul-hyun—who accepted the awards on behalf of Lee and music director Bang Jun-seok who were both absent—left a handwritten letter on Dec 1 to Festival Director Tiina Lokk explaining what Lee and Tiger Pictures wanted to do with the prize money.

For the past five years, Black Nights has worked on a budget of $1.7m (€1.5m). A third of their money comes from public funding from organizations such as Enterprise Estonia and Creative Europe. The rest is derived from ticket sales and sponsors.

Another top winner at the ceremony was Under The Sun, the documentary about life under the North Korean regime, which picked up Jury Prize for Best Director and Special Jury Prize.