Bleecker Street acquires worldwide rights to Sundance comedy ‘Save Yourselves’ 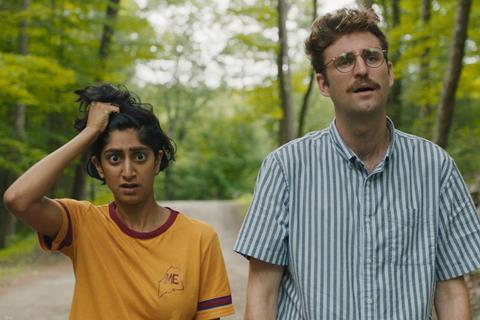 Bleecker Street has picked up worldwide rights to Sundance comedy Save Yourselves from writer-directors Alex Huston Fischer and Eleanor Wilson.

Keshet Studios produced the film, which premiered in U.S. Dramatic Competition and stars Sunita Mani and John Reynolds as a Brooklyn hipster couple who switch off their devices and head to the woods for a weekend as aliens arrive on earth.

Bleecker negotiated the deal with Endeavor Content, Film Constellation and Keshet Studios on behalf of the filmmakers and plans a summer theatrical release. Bleecker will work with a partner on the international release.

Bleecker Street currently has Sundance entry The Assistant in release and will open Ordinary Love, starring Lesley Manville and Liam Neeson, on Friday (14). Sally Potter’s latest film The Roads Not Taken with Javier Bardem and Elle Fanning, will receive its world premiere at the Berlinale and opens on March 13, followed by Military Wives starring Kristin Scott Thomas and Sharon Horgan (March 27), and Sundance selection Dream Horse with Toni Collette and Damian Lewis (May 1).