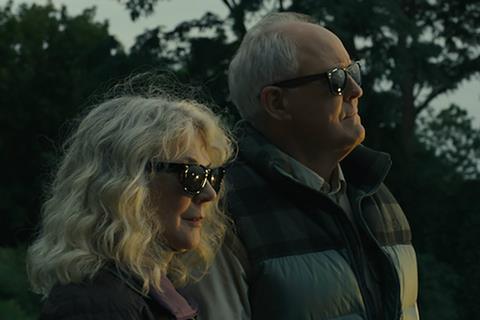 Bleecker Street has acquired North American rights to The Tomorrow Man starring John Lithgow and Blythe Danner ahead of its world premiere in Sundance on January 30.

Noble Jones’ debut feature stars Lithgow as a man who spends his life preparing for a disaster that may never come, and Danner as a woman who spends her life shopping for things she may never use.

In a small town somewhere in America, the pair try to find love and not get lost in each other’s stuff. Derek Cecil, Katie Aselton, Sophie Thatcher and Eve Harlow round out the key cast.

Jones added, “I’m thrilled to have my film’s world premiere at Sundance. John and Blythe were amazing to work with and I’m looking forward to working with the incredible team at Bleecker Street to bring the film to nationwide audiences.”

Kent Sanderson and Camille Bertrand negotiated the deal for Bleecker Street with UTA Independent Film Group on behalf of the filmmakers.