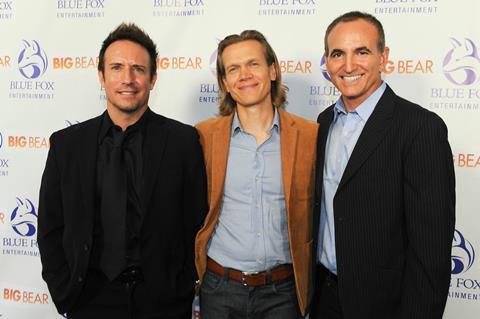 Starting in May, the principals plan to release more than 20 features a year through the new label, more than doubling the overall distribution slate.

“As we continue to build upon our relationships with agencies, independent producers and top-tier film festivals, it became clear that we needed to increase our service offerings to meet the needs of the market,” Blue Fox Entertainment’s partners said in a joint statement.

Red Hound Films slate already includes titles such as South African action thriller Hunting Emma starring Leandie du Randt as a pacifist on the run after she witnesses the murder of a police officer; apocalyptic sci-fi The Outer Wild from Philip Chidel about a runaway girl and a rogue bounty hunter in search of a fabled sanctuary; and electronic silent narrative feature Electric Heart from Benjamin Mattingly, which chronicles a man’s road trip to a music festival in pursuit of love and adventure.

The roster includes winning Australian director Dee McLachlan’s supernatural thriller Out Of The Shadows, about newlyweds that must enlist a renegade demonologist to save their baby; and the one-shot POV zombie thriller Eyes Of The Dead from director Ben Samuels that immerses the audience in a fight for survival.