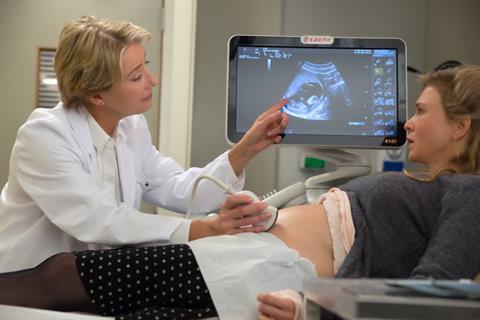 Bridget Jones’s Baby arrived with a bang at the UK box office as it enjoyed a record-breaking bow.

Given its strong reviews and word-of-mouth, Bridget Jones’s Baby should enjoy a lengthy run in the UK. Whether it can top Bridget Jones’s Diary’s $54.7m (£42m) haul will become clearer after its first week and holdover.

Surprise sequel Blair Witch didn’t fare much better on this side of the Atlantic after its disappointing North American opening.

The Beatles: Eight Days A Week - The Touring Years pulled in a big crowd on its UK debut.

Sony’s adult animation is now up to $8.6m (£6.6m) and has now overtaken the final results of Bad Neighbours 2 and Superbad.

Entertainment’s raunchy comedy is now up to a decent $9m (£6.87m) in the UK after a well-sustained run.

That marks director Brad Furman’s lowest UK bow, behind the $748,000 (£571,836) opening of The Lincoln Lawyer from 378 sites. Bridget Jones’s Baby will also likely harm its chances of getting healthy midweek returns.

The Young Offenders recorded the biggest opening for an Irish film this year in the Republic of Ireland.

Hunt For The Wilderpeople enjoyed a superb start to its UK run through Vertigo Releasing.

This week sees saturation releases for Sony’s The Magnificent Seven and Warner Bros’ The Girl With All The Gifts.

Altitude’s Little Men, Soda Pictures’ The Lovers And The Despot and Studiocanal’s De Palma are among the films receiving a limited release.