The Grand Budapest Hotel races ahead of Need for Speed in online buzz. 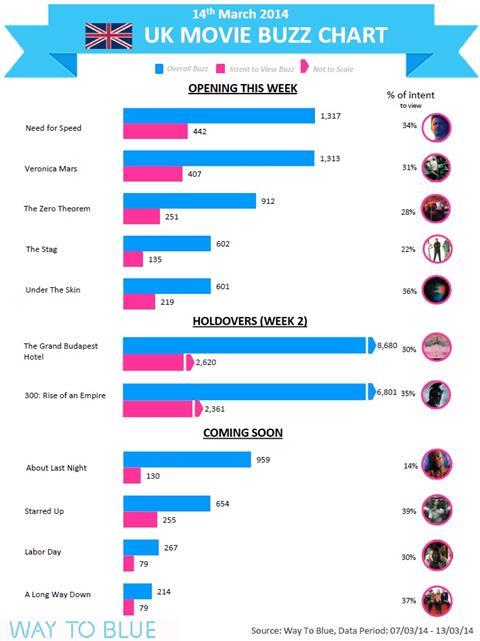 Wes Anderson’s latest feature, The Grand Budapest Hotel, generated a mighty score of 8,680 after a week on release - dwarfing the 1,317 scored by new release Need for Speed.

Anderson’s colourful film may have edged forward as a result of an ongoing Secret Cinema event, which has generated major online activity.

However, while 30% of Grand Budapest comments expressed an intent to view, Need for Speed scored 34%.

Good word of mouth could help Scarlett Johansson’s turn as a predatory alien in Under the Skin, with 36% of comments including intent to view, while upcoming prison drama Starred Up scored 39%.