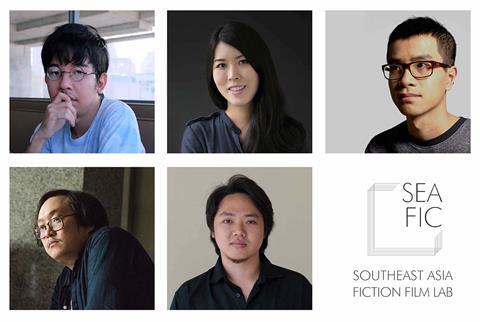 The Southeast Asia Fiction Film Lab (SEAFIC) has unveiled the five projects selected for its first edition, including the debut fiction film from Nontawat Numbenchapol, whose documentary #BKKY is currently premiering at Busan.

Nontawat’s first two documentaries, Boundary and By The River, premiered at the Berlinale Forum and Locarno Film Festival in 2013, respectively.

SEAFIC invites first second and third-time filmmakers to work with a script consultant and international experts for nine months to develop their projects. In total, SEAFIC received 57 applications from nearly every Southeast Asian country.

The inaugural line-up also includes the debut feature from Pham Ngoc Lan, to be produced by Vietnamese filmmaker Phan Dang Di (Bi, Don’t Be Afraid), and the second film from  Sivaroj Kongsakul, to be produced by Thai director-producer Pimpaka Towira (The Island Funeral). See full project list below.

The director and producer of each project will be invited to Chiang Mai, Thailand from October 23-30 to participate in the first session of the SEAFIC script lab programme, as well as SEAFIC x PAS.

The United States Embassy in Bangkok has also joined the French Ministry of Foreign Affairs and the Japan Foundation, Thailand as SEAFIC’s sponsor.

In The Eyes Of A Stranger (Singapore, second film)

You Are There (Singapore, first film)