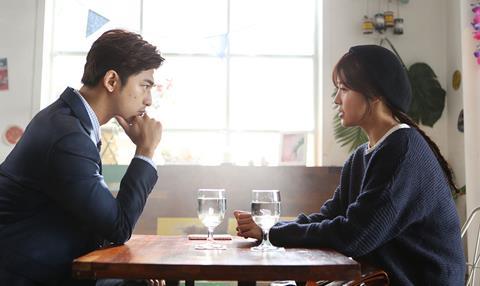 One Day, starring Kim Nam-gil (The Shameless) and Chun Woo-hee (The Wailing), has sold to Japan (Fine Films) and China (Lemon Tree). The film is about an insurance agent working on the case of a blind woman in a coma whose apparent spirit visits him in the hospital for help.

The film is set to have its world premiere at the TIFFCOM market.

The film is about a mystery writer (Ha), notorious in her town for habitually making false reports, who starts investigating a neighbor (Chen) she suspects is a serial killer. Her longtime friend (Chun), a police officer, helps her out but gets a bit jealous as he watches her fall for the handsome stranger.

Currently in post-production, the film will be released in Korea this December.

Directed by Choi Kook-hee, Split follows a fallen bowling pro (Yoo) who gets involved in gambling and starts training an autistic boy with a talent for the game, played by Lee Jung-hyun (Roaring Currents). They make a great team, but things get dangerous when they go up against a tycoon.

The film is set for local release in November.