AFM: Buyers hunt down AMBI's 'Beyond the Edge' with Antonio Banderas (exclusive) 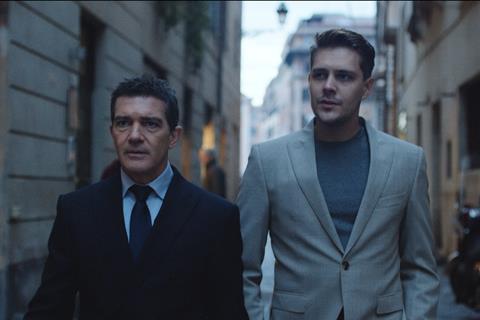 AMBI Distribution has closed a flurry of deals for action thriller Beyond The Edge starring Antonio Banderas.

Banderas plays a cool fraudster with a conflicted relationship with his son, who also happens to be one of the world’s top thieves. The son’s plans to rob a bank are thwarted by an adversary with seemingly supernatural powers. The cast also features Milos Bikovich and Petar Zekavica.

Beyond The Edge marks AMBI’s third film with Banderas, after The Music of Silence and Black Butterfly. He will also star in AMBI’s forthcoming Lamborghini biopic.