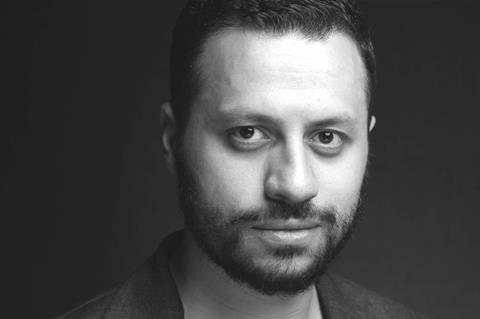 The Cairo International Film Festival’s new artistic director Ahmed Shawky has stepped down from his position just days into the job.

His resignation has come in response to growing protests at his appointment linked to reportedly controversial social media posts in Arabic.

An anonymous letter addressed to international film professionals outside the Arab film world started circulating via email and on the social networks following the announcement of Shawky’s appointment last week.

It contained translations of inflammatory Arabic-language social media posts by Shawky, including against the victims of the Port Said stadium riots in 2012, which left 85 fans of the Cairo-based Al Ahly soccer club dead.

The letter accused Shawky of being violent, homophobic and sexist due to the tenor of the language. He has denied these accusations outright.

“We are a group of culture workers, journalists, football fans and critics who will not show our identity for fear of our safety. We are writing to report what is happening in Cairo because none of it is written in your languages,” read the letter which Screen has seen.

In an open letter, sent to Screen on Wednesday evening (June 10), Shawky acknowledged he was the author of the controversial posts and apologised for the offence they had caused.

However, he added most of the posts dated back to 2013 and 2014 and said they had been republished out of context as part of a smear campaign. He also revealed he had been advised to leave his home and take refuge in a secret location after his address was published online.

“Whilst I did make in the past some inappropriate comments that were misused, misplaced and taken completely out of context, I never meant to hurt anyone in any possible way. Actions speak louder than words and accordingly I would urge everyone to judge me on the track record of my actions.

“I presented earlier my resignation and the festival accepted it. I did not want to imperil their image. I also wanted to have the opportunity to speak out to clarify and repeal the baseless accusations I have been subject to.”

Shawky wrote in his letter that he had made most of the posts in 2013 and 2014 in the febrile atmosphere of post-revolutionary Egypt.

“Violent language became the new norm in our daily life, even within the family. It was a complete disorderly period as anyone in Egypt would recall,” he said.

He wrote that many of the posts had been made during the presidency of Islamist Muslim Brotherhood leader Mohammed Morsi, who was ousted from power by a military coup led by current president President Abdul Fattah al-Sisi in July 2013.

“Extremists were armed and freely wandering in the streets. They blocked my neighbourhood, threatened my family and physically attacked my loved ones. My wife once got attacked for simply not wearing a veil,” he wrote.

“In such a precarious environment, it’s extremely challenging to keep one’s sanity! It becomes quite easy to lose control of your feelings, thoughts and get dragged into this chaos and accordingly you become tempted to respond to this violence and extremism that was ravaging our beloved country.”

Referring to his inappropriate tweet about the Al Ahly club fans, Shawky said he had already issued an apology but was doing so again.

“I’m hereby extending again my apology for all the inappropriate words and statements I have expressed to the dozens of young men who might have felt offended or endangered, those statements do not represent who I really am,” he wrote.

Shawky vehemently denied he was homophobic or sexist although he acknowledged his posts had been inappropriate.

“I admit having inattentively written some inappropriate posts, I never meant to offend anyone. I hereby reiterate that under no circumstances, do I tolerate homophobic or sexist behaviour,” he wrote.

“Those who translated my posts know quite well that using swear words in Arabic dialect has absolutely nothing to do with the true meaning of the words themselves. All Arabs know this quite well and especially Egyptians, whereby swear words are being used regularly in our daily communication.

”Friends curse each other very often, and in any verbal fight with family or friends, it’s accustomed to exchange sometimes few bad words innocently. Whilst I utterly repudiate this kind of language which I find inappropriate, one must admit that this is well enshrined into our society and daily life.”

Shawky said in his professional life as a critic and programmer he had worked hard to foster diversity, inclusion, empowerment and sexual freedoms.

He said he had written hundreds of articles and social media posts defending Egypt’s LGBTQ community, organised public screenings of films that were not approved by censorship and even initiated a campaign in 2011 calling for an end to censorship.

“And during the last five editions of the Cairo International Film festival, in which I took part in the programming, I tried my best to help the festival push boundaries, screening more and more films that were once considered sensitive and taboo in our country.”

“During my whole career, I was surrounded by amazing empowered women. Funnily enough, when they asked us [CIFF] last year to join the 5050x2020 pledge to ensure that the programming team is equal, I did not have to make any change to the team since it was already composed of 70% women. We were two steps ahead of the pledge.

“Now that I have left the festival, I invite every single woman who came across or worked with me to speak out loud and tell everyone if I have ever showed her the slightest degree of sexism,” he added.

Shawky has been a generally well-liked and respected figure on the international film festival circuit until now, who is seen as having done a good job at Cairo as part of its programming team.

CIFF put out a short statement on Wednesday announcing Shawky’s resignation, in which it thanked Shawky for his work at the festival.

“The festival’s president, film producer and screenwriter Mohamed Hefzy, as well as the members of the advisory board, would like to thank Mr. Shawky for his contribution to the festival and for his work in previous editions,” it read.